A youth group, the Federation of Ede Youth Development Association (FEYDA) has returned the donation received from Senator Ade Oriolowo who represents  Osun West senatorial district in the senate. 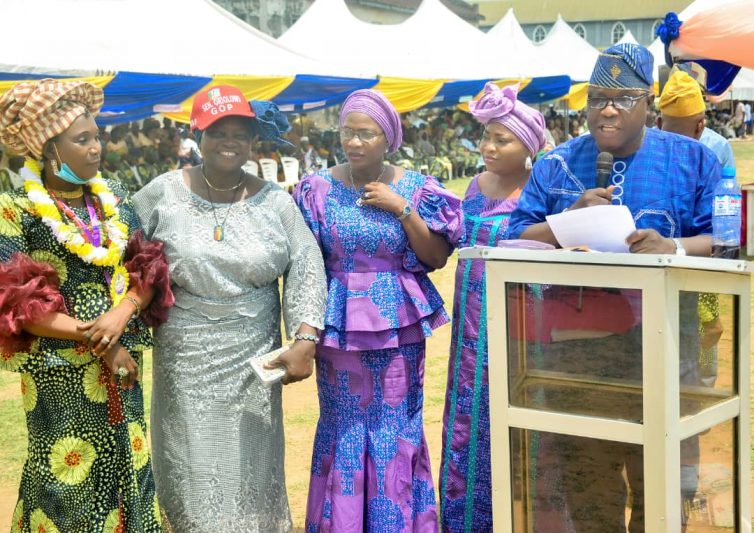 Ede is a city located in  the Osun West axis of Osun State.

While a donation may be returned upon a request by the donor, this time around, it was at the instance of the receiver of the donation.

In a statement issued by its National President, Comrade Abdulazeez Mufutaudeen Idowu, FEYDA submitted that  the Senator’s aides earned the odium of members of the association after sharing picture of the ₦50,000 cheque and  promoting it on social media.

‘It is our pleasure to inform the general public, most especially Ẹdẹ people and Osun West in general that, FEYDA has returned the token of ₦50,000  donated by Senator Adeyemi Adelere Oriolowo, the Senator representing Osun West Senatorial District in the Senate.

The donation had been received  through the Senator’s  Administration Officer, Hon. Aderibigbe Adenyi and  the news of the donation was promoted on social media.

All known and unknown social media handlers of the Senator posted picture of the cheque for the ₦50,000  on their personal Facebook pages and  WhatsApp groups.

FEYDA considered this action from the  Senator and his aides  as barbaric, uncivilized, uncultured, manipulative and shameful.

We indeed, considered it an emotional and mental blackmail. Why would a Senator ask his aides to take a picture of the  ₦50,000 cheque and share it on social media in order to gain cheap popularity? FEYDA asked.

FEYDA also added that a cheque for ₦50,000 has consequently been written and made available to the senator through the usual message-bearer Hon. Aderibigbe Adeniyi.