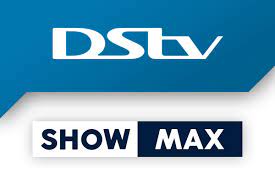 *Streaming service Showmax reduces cost for its mobile-only entertainment plan while all other prices remain unchanged.

Starting Monday, 19 April 2021, Showmax mobile subscribers in Nigeria will pay NGN 1,200 a month for access to the full Showmax catalogue on a single mobile device.  Almost a 20% reduction from the previous price point of NGN 1,450.

Speaking about the price reduction, Yolisa Phahle, MultiChoice Group CEO for Connected Video, says, “We know that consumers are under pressure at the moment and we believe this change will be appreciated by our mobile customers as will the decision not to increase any of our other prices. We have our most exciting slate of Showmax Originals this year and look forward to more Nigerians enjoying our proudly African stories.”

Other Showmax Originals that have been released this year include the follow-up to the very popular Tali’s Wedding Diary: Tali’s Baby Diary; the small-town psychological thriller DAM and the Kenyan police procedural Crime and Justice, a co-production with CANAL+.

Other Showmax Originals on the way in 2021 include the Cape Flats neo-noir murder mystery Skemerdans; a second co-production with CANAL+, Blood Psalms, an epic series based on ancient African mythology; and its first international reality TV series format, Temptation Island South Africa.

Showmax will also continue to bring the best of HBO, international series, movies and kids’ shows to Africa first, as well as live sports from the English Premiere league, Serie A, LaLiga and PSL. Furthermore, with the Nigerian Idol pop up channel available on Showmax, subscribers can enjoy all the fun and drama on the popular singing reality show online.

Promotional bundles will be unaffected by this change. Visit www.showmax.com for more information.

Step Up This New Year and Experience Unbeatable Entertainment with GOtv