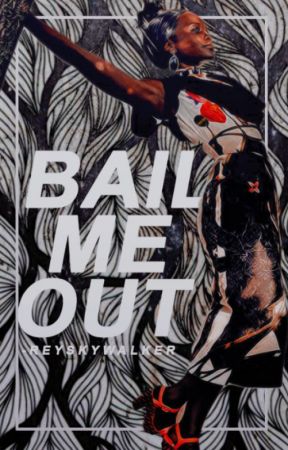 It wasn’t until we were on our way back to the hostel that I told my friend about the emotional riot that was gradually building up in my mind.

“Ben-O, who’s that other babe you were having a gist with?”, I inquired casually, my face remaining ‘expressionless.

“If that is her name”, I replied, feigning not to have taken note of that. She is Prisca’s room-mate and her close friend too. Anything about her?”

I smiled and nodded in response, slowing down our walking pace.

“Man … there’re so many things about that babe that hold me captive”, I had begun.

“She seems to have tickled some kind of chemistry in me. It’s like … ”

I knew him too well and I would be embarrassed by his sudden outburst. Despite my effort to be serious, I found myself infected by his laughter.

“No -no … Ben”, I managed to blab in between laughter. “I remember every inch of what I’ve just said. I like the babe”.

He managed to stop laughing and fixed a piercing gaze on me, his eyes beaming with excitement.

Are you serious?”, he inquired, stopping in his tracks.

I nodded with interest. Ben skipped over a shallow culvert by the roadside and sat under a tree adjacent to us, I walked over and joined him without saying a word. We were then a few yards away from our hostel.

Apart from the electric lamps fitted at strategic positions, the full blown moon added a great deal of splendour to the night, casting its shadow on virtually everything around us. The cool night breeze that fluttered and kept the trees dancing to its rhythm filtered through my nerves arousing sensations that enveloped me.

Ben looked at me mischievously. Ken -O!, he called out, smiled and paused briefly. “You don’t have any problem, she’s gonna be yours one time”, he assured, sounding very confident of himself. He had given me the babe’s curriculum vitae and warned me against making any fake move. A game plan was drawn up immediately on how I was going to track down the babe!

We hinged our hope on her promise to visit our room with Prisca. Ben was going to see to that.

Life continued as usual with hope turning into expectation which had its stretch on the mind. It was after two days that everything took a dramatic turn. The romantic coup d’état had worked and our queen of the pack beefed-up her defence. I had to allow some seconds to pass to properly assimilate the implications of the news Ben had just broken to me.

“Ken-o, yama don ga-as”, he blurted out, advancing towards the balcony from the entrance. .’

I looked sharply at him, eager to know what was in the pipeline still holding on to the shirt I was washing.

“Men .. Prisca has leaked our move to her friend”, he informed.

“Babes in – their childish excitement”. He moved his hand in mock surrender. I allowed my mind to take a quick dive, dimming my eyes slowly.

“How come she knows about the deal?, You told her, ehn?’

“I had no option but to let her know. She was beginning to think I had an ulterior motive. You know women and their suspicion”. He replied, leaning on the rail.

“So how do we get out of this?

“You have put things in a tight comer.

But she for no tell-am anything“. I didn’t really know how to approach the issue.

Ben smiled at me: “Easy, she’s already in the game, we’ve got to play it willy-nilly. I’ll take the initiative of talking to her this evening, is that okay by you?” I smiled and nodded.

He walked over and entered the room. Before I could settle back to my washing, the music from the room increased in volume. The sound box was humming Keith Martin’s, “Never find Someone Like You”. I shook my head.

The room was too hot for comfort, N.E.P.A. had just struck and probably the school generator was faulty.

The balcony and the environs of the hall were paying host to groups of students. Ben and I decided to take a walk through the main campus. We were later joined by a friend of ours, Jenny who was just coming in from town.

“Dunlop Elite tested and trusted.” Ben teased, pointing at his protruding stomach. “Men … this guy’s tyres never go flat, no matter what. Front and back”.

How Office Romance Ruined My Life! (3)

My Wife and Kids Hate Me But I Will Shock Them!