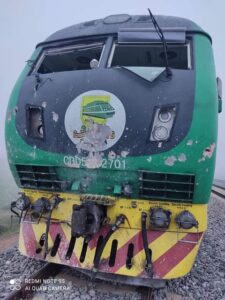 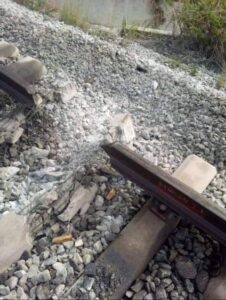 Passengers heading to Kaduna from Abuja returned to the nation’s capital after a delay which lasted at least two hours on Thursday.

There were unconfirmed reports that armed men had destroyed part of the rail line, using dynamites.

‘We heard a bang before we got trapped’, passenger narrates terrifying moment on Kaduna-Abuja train

Shehu Sani, a former Senator, had raised the alarm in a message on his Facebook wall but the Nigerian Railway Corporation (NEC) denied the attack.

Sani had said bandits planted explosives that damaged the rail track and shattered the windshield of the train engine.

But the Managing Director of the Nigeria Railway Corporation (NRC), Mr. Fidet Okhiria, refuted the claim of bandits’ attack on the Abuja-Kaduna rail corridor.

Okhiria confirmed that the rail track was destroyed but he said vandals are suspected of being behind the incident.

A passenger, who was heading to Kaduna from Abuja, told Daily Trust of how they were forced to return to Abuja after being trapped at Jere, a community in Kaduna. 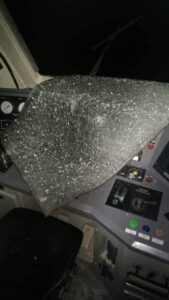 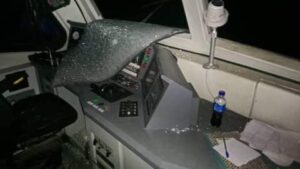 “The train coming from Kaduna managed to pass and proceeded to Abuja but our train which was going to Kaduna had to stay at the train station at Jere.”

“We were there for at least two hours waiting for communication but no signal came and we returned to Abuja.”

Nigerian Girl Murdered After Joining Goerge Floyd Protest in US