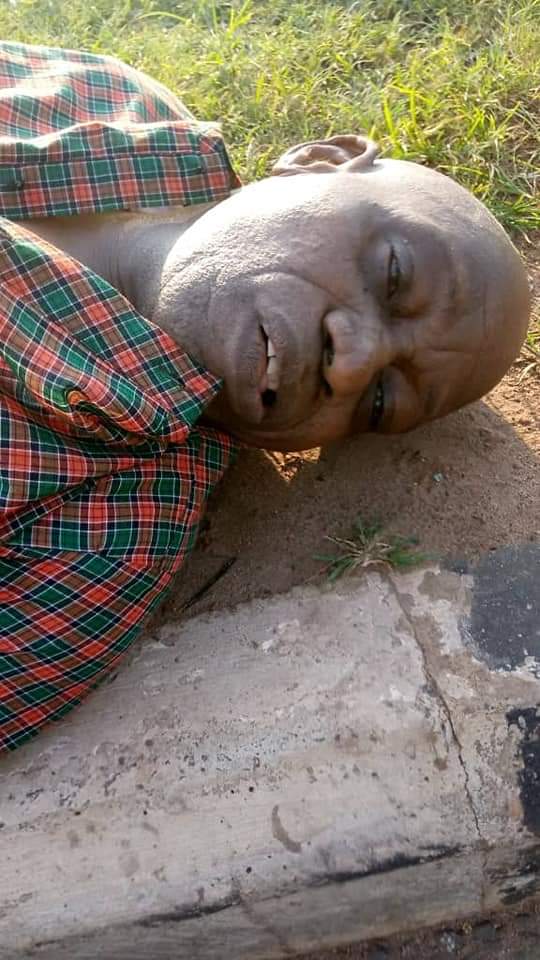 A former Judge of the Enugu State High Court, Justice Stanley Nnaji, has been shot dead by gunmen.

A video posted on Twitter by The Nigerian Barrister @TheNigerianBar showed armed men dragging Nnaji out of his car at a deserted crossroad.

The video also shows a pileup of cars behind the judge’s car – all not moving as the incident unfolded.

Police has described the location as the popular Ebeano Tunnel Roundabout off Garden Avenue in Enugu.

A volley of shots was heard before the men jumped into the black SUV and drove away.

The video, filmed by a resident overlooking the crossroad, contains the voice of the recorder.

Justice Nnaji was a Judge of the Enugu State High Court until he was dismissed following his role in the removal of Governor Chris Ngige, the then Governor of Anambra State in 2007 via a questionable ex-parte order.

His killing comes hours after the former Special Adviser on politics to President Goodluck Jonathan, Ahmed Gulak, was shot dead by gunmen in Owerri, Imo State.