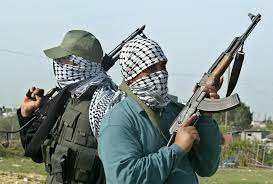 Gunmen have attacked a police station in Ohaukwu Local Government Area of Ebonyi State, setting all those detained at the station free.

The attack reportedly happened in the wee hours of Monday.

Loveth Odah, Police Public Relations Officer in Ebonyi, confirmed the attack but did not go into details.

The armed men were said to have burnt patrol vans found at the station.

Security operatives have been affected in a campaign of violence suspected militants of the outlawed Indigenous People of Biafra (IPOB) launched in the South East region.