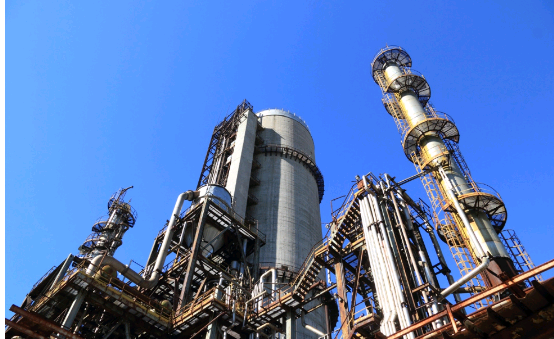 With the growth of industrialisation, globalisation, advances in technology, and rapid communication, it is evident that the world’s energy needs will only increase. In fact, according to statistics, electricity demands alone rising twice as fast as the overall energy use, and by 2040, it is likely to increase even more. The issue surrounding who consumes the most energy depends on the type of energy. Currently, China is leading the world when it comes to electricity consumption, while the U.S. consumes the most oil. Canada uses an energy mix of hydroelectricity, oil, natural gas, nuclear, among others. And as things improve in those countries, consumption patterns are also expected to evolve.

Therefore, it might be challenging to predict which energy source may dominate in the future. At some point, biofuels were considered a promising energy source, but have somewhat become an afterthought. Nuclear energy was also supposed to be a cheaper alternative for all in the 1950s but not anymore. There was also worry about the oil reserves.

However, shale drilling yielded such a boom in production. As such, fossil fuels, especially oil, are expected to remain the leading energy source in the new century, supplying 80% of the world’s energy requirements. Oil possesses various properties that make it superior to other energy sources. It is easy to transport, accessible, versatile, sufficient, and more affordable in some areas. Its extensive exploitation and use in various fields, both commercial and domestic, complement these benefits. Oil accounts for 40% of the energy mix, and there are about 1,100 billion barrel reserves of crude oil. At the current production rate, these reserves should meet demands for up to 45 years.

Despite these positive attributes, oil is under scrutiny due to the effects of its extraction and use on the environment. First of all, oil production disrupts wildlife; the loud noises, vehicle, and human traffic from the drilling operations interfere with communication in avian species.

Infrastructure such as power lines, fences, and roads also get in the way for many species. Oil spills also negatively affect animals. And while smaller spills don’t usually garner much attention, they still cause some damage. The long term effects of these spills, whether big or small, can be devastating to both the environment and the animals. The air and water pollution from oil extraction and exploitation can affect local communities, leading to health complications.

Cancer, liver damage, asthma, and birth defects are a few health issues the people in such communities face. It is quite ironic given the value of the oil being extracted from those areas. You cannot discuss the negative effects of extracting oil without mentioning the effect on climate due to the emissions of greenhouse gases such as methane. Landscapes are also destroyed, turning visitors away, and hence affecting tourism and adventure. Governments and industry stakeholders will have to rethink the extraction process and come up with less harmful ways to achieve the same or even better outcomes to address these issues.

In addition to the expected rise in energy demands in the new century, there will also be a high need for clear and safer energy per SDG 7.

Fortunately, with the advances in technology, it is possible to make oil cleaner and safer, to meet the environmental regulations and requirements. Canada is making strides in this regard by implementing technologies to reduce environmental impact and improve efficiency. On the other hand, according to projections, the demand for other energy sources will also rise. For example, renewable sources such as wind and solar are expected to increase their global power share from 7% to 25% by 2040. Nuclear power is expected to meet some of the world’s energy. Oil’s biggest demand will be for petrochemicals, and not so much for transportation. Oil’s fellow hydrocarbon, gas, is expected to become oil’s closest rival, as it is more favourable for the environment. However, oil still has a competitive advantage in the foreseeable future.

The rise in demand for energy will inevitably affect pricing in the future. Currently, due to the pandemic, oil price predictions are based on factors such as the speed of vaccination, production and consumption rates. However, some experts warn that the current high prices of oil may not survive the pandemic. The general speculation is that the demand for other energy sources, especially the renewables, will rise, reducing the demand for oil. Some industry players even believe that the most lucrative years of the commodity are behind the industry. Therefore, oil prices are expected to fluctuate due to the demand-supply fundamentals, among other factors.

For oil to maintain its integrity on the energy market, the industry has the responsibility of ensuring it reaches its full potential. This will mot likely begin with reducing the negative impact on the environment. It involves putting making relevant investments into the industry and putting market stability measures in place to keep the energy source relevant to meet consumer and producer needs. The industry will also have to find ways to settle on stable pricing. And even in the event of a crisis, the market should not be affected much with such measures in place. The truth is if the oil market is unstable, the energy market becomes unstable, making these measures a necessity.