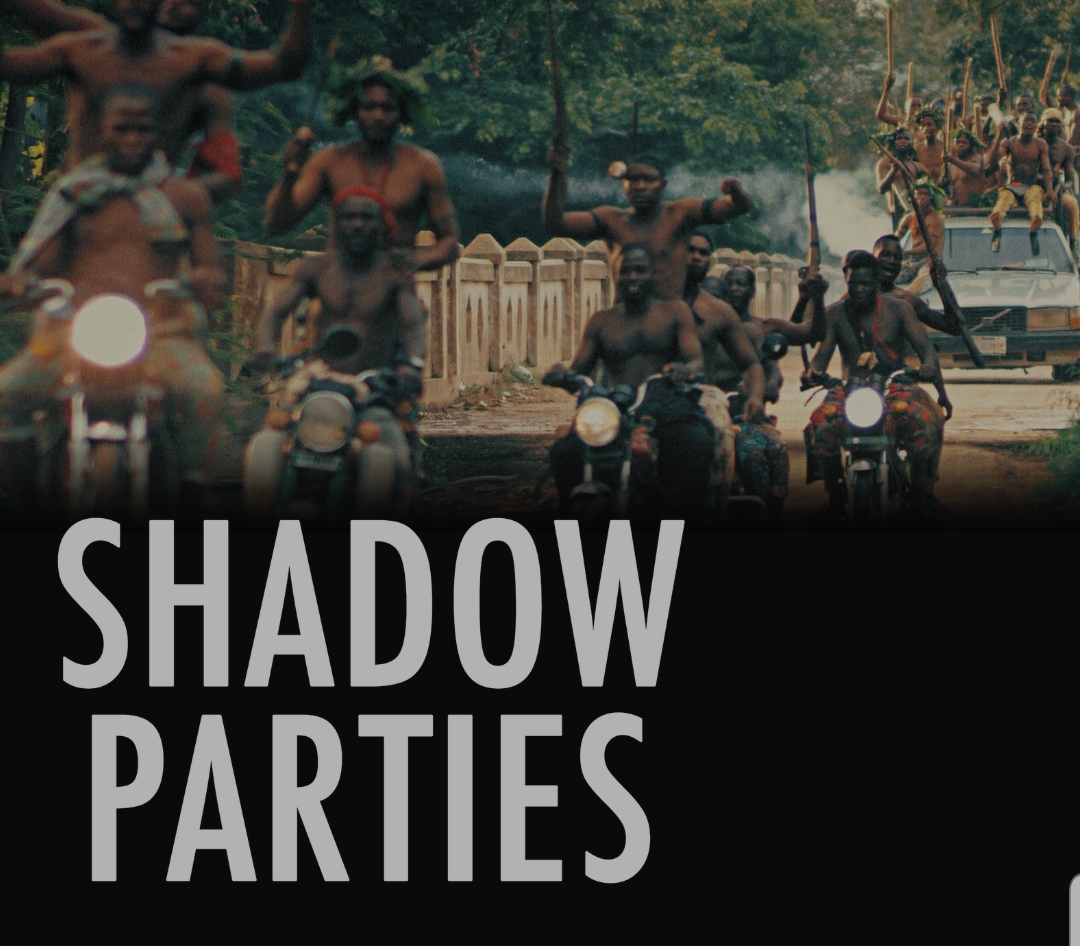 Movie lovers have been thrown into a jubilant mood just as the much anticipated star studded film, “Shadow Parties’’ finally made its Netflix debut, a global streaming platform, giving access to both local and international audience to view as many time as possible and form opinions about the literary work.

For the writer, director and producer of the movie, Mr. Yemi Amodu the journey with Netflix on September 6, 2021 was a dream come true and a deserving milestone that has added value to his career in the entertainment industry and a reward for quality hardwork. He as well acknowledged that its a positive boost to the Nollywood production data. No wonder the movie project got the nod of Bank of Industry’s Nollyfund scheme at its initial stage.

Omotola in the professionally scripted movie which was sponsored by Media Concept International Studio is the lead actress alongside actor Yemi Blaq, and Nollywood multi-talented actress, Sola Sobowale.

The Hollywood actor in the production includes Magdalena Korpas, Poland-born /Paris-based stage actress, as well as producer Lucien Morgan who is known for producing; An American Wolf in London (1981), Theft Unexpected (2013) and Return of the Don (2016) among others.

“Shadow Parties,’’ is essentially about a communal clash in which Aremu (Ken Erics) from Aje, a town that neighbours Iludun, where his wife, Arike (Toyin Abraham) was born, well known for fratricidal wars, which had claimed the lives of Arike’s parents.

The two towns were thrown into war after the kinsmen of Aremu decided to burn his wife and child alive claiming she was an enemy which then triggered reprisal attacks from the Iluduns led by Lowo (Yemi Blaq), Arike’s brother.

Commendably, the movie speaks to the societal woes and also offered frontal solutions to them while also reprimanding and shaming purveyors, beneficiaries and sponsors of violent clashes.

No doubt, the security situation in Nigeria is becoming worrisome and heartbreaking. From North to South and from East to West, Nigeria has been enmeshed in a state of insecurity that shows no sign of abating at least for the time being. Like the proverbial silk gown, each time you’re able to pull together one side, the other side is set loose.

In other words, each time some level of calm is recorded at any of the major flashpoints, there’s breakdown at another. If herdsmen did not attack, kidnappers are bound to strike or in some instances ethno-religious conflict. If bandits are not on the rampage in the Northwest, Boko Haram is attempting to stage some resurgence in the Northeast or some separatist groups being involved in one form of prostest or the other. Such ugly incidents are regrettably tearing us apart; and Nigerians can’t help but learn to live with it.

Of course Nigeria isn’t the only place where theatre of conflict is prevalent, sadly it has become a global phenomenon even developed climes. More recenly is the devastating episode recorded in Afghanistan and other parts of the Middle East with increasing and disturbing statistics of human rights abuses, genocidal acts, loss of lives and properties, etc.

However, a film like “Shadow Parties,’’ can be used as an advocacy literary work to mitigate against any form of destructive violence as highlighted above, or to ameliorate communal clashes, lack of trust or disunity within the country. This timely and very well thought out movie can also serve as a veritable tool that can be successfully used in conflict resolution or to detect early violence and nip it in the bud before it spiralled out of control.

Similarly, government at different levels, social orientation agency, research institutes in conflict management or security agencies can as well lay their hands on the film and use its content in creating actionable strategies for tackling security challenges facing the country so as to foster and accentuate peaceful coexistence as well as engender widespread harmony for the greater good of humanity.

“Shadow Parties’’ was shot across major South-West cities of Lagos, Ibadan, Erin Ijesha, Akure and Ekiti so as to offer the script the quality which it deserves and to also meet the expectations of both local and international audience.

Why Bola Tinubu May Not Be President -Mayor Akinpelu’s Diary

Celebrating Jumia’s 8 Years of e-Commerce Revolution in Nigeria  -by Ayomide...

Vodi Group @19: No Hush, No Rush -by Oladapo Sofowora