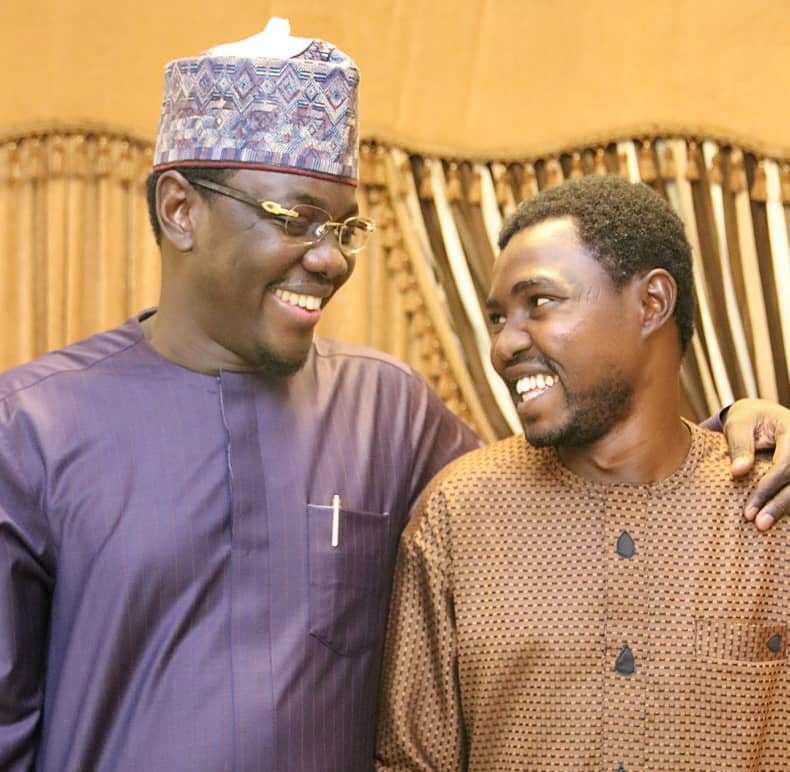 The leader of Coalition Youth Groups known as Jigawa Renaissance Group (JRG) Comrade Kabiru Faisal, has said there is no formidable Aspirant in People’s Democratic Party PDP than Mustapha Sule Lamido and that his movement are solidly behind the Santurakin Dutse to contest for governor in 2023 under the platforms of PDP.
He stated this in Dutse yesterday after the maiden meeting of the coalition in preparation for the group agenda for 2023 mass mobilization of support base for the party in the state.
According to him the youths are very concerned about the future of the state and it’s leaders. He said among all those who are currently eyeing the position of governor in the state Mustpah Sule Lamido stand a better chance and well position to govern the state and meet the aspirations and yearnings of all across the state.
Faisal said  Mustapah has received enough tutelage under the former governor and his father without a stain. He vow that the youths across the state would mobilise and canvass support for Mustpah’s aspiration to become the next governor.
He appeal to the members and  leadership of People’s Democratic Party PDP to unite and close rank among themselves for 2023 general elections in the interest of the state and it’s people.
Comrade Faisal said
that PDP is in a better position to form the next government in the state and bring about the needed development to its people.
He commended the founding fathers for keeping faith with the PDP irrespective of the present happenings in the country and the state.
He congratulated all the recently elected State, LGs and Wards excos. He appeal to them to reach out to all aggrieved members and bring them back to the fold before 2023.
Attachments area

Buhari to Bandits: You’re Not Too Powerful to be Defeated, We’re Only Concerned About Innocent Lives