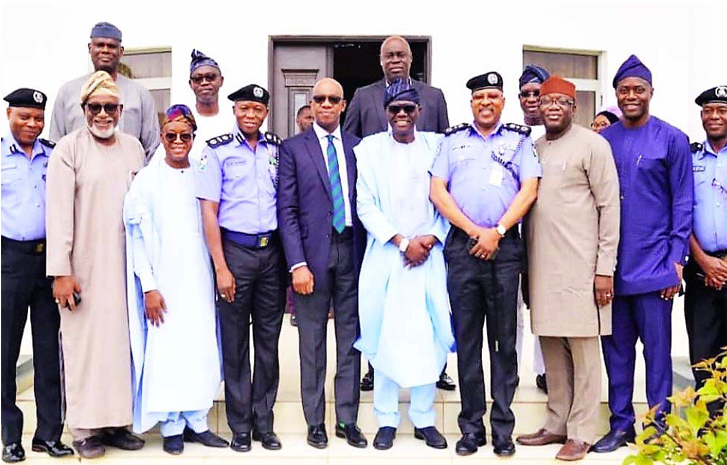 Osun state former Commissioner for Works, Dr Bayo Faforiji has lamented the worsening and deteriorating security situation in the country,  the South West  in particular.

The former commissioner  , who holds a PhD in Economics, lamented the helpless situation the recently established security outfit; Amotekun has found itself while warning against second civil war in the country.

‘I can see clearly the ominous signs of a looming danger for us in the south, most especially the southwest and I feel obliged to sound a note of warning so that we can intimate those who are wise enough to be prepared.

Although I could be seen as a doomsday prophet, for saying this, but honestly, I abhor bloodshed and unnecessary violence under any guise.

The truth is that Nigeria seems to be drifting towards a war that has its antecedents already manifesting in our current inter-ethnic relationships.

Unfortunately, the south in general and the southwest in particular, are in a deep slumber and seem almost oblivious of the centrifugal forces threatening their peace and even their freedom and existence now and in the foreseeable future.

While the south on the one hand is struggling for crumbs from the political stable of the north, the north, on the other hand is busy stealthily expanding its territorial empire with unprecedented boldness and impunity!

Young people are being armed with sophisticated weapons that are not even available for the use of our armed forces and are daily transported in droves to the forests of the southwest.

The current spate of kidnappings, banditry and other heinous crimes being perpetrated on our highways, and in our villages and cities are attributable mainly to the foreign elements that are gradually taking over our territory while we are busy praying in our churches and mosques for protection. I am not saying that God cannot protect us but I believe that heaven helps only those who help themselves.

Now, all the nooks and crannies of our motherland are crawling with bandits with ubiquitous nomenclature, maybe waiting for a signal to run over our villages, towns and cities!

So, while we are preoccupied with jostling for political power which as it is, we can only obtain through their cooperation and backing, they want our land in exchange!

Why are we sleeping when we should be busy analyzing the situation and planning ahead to prevent this imminent calamity?

Honestly, I don’t want another civil war in Nigeria. Even though we were too young to know the devastating impact of the 1966 -70 civil war, the stories of horror that we were told are enough to scare us into caution, so that we don’t repeat that horrible history.

We need to reorder our priority in the southwest. Let’s wake up from this slumber and take necessary steps to defend our motherland. The Amotekun outfit is a good initiative but does it have the weaponry to neutralize these heavily armed bandits who seem to know our jungles even more than us?

This is just my random musings on the precarious situation we find ourselves now and food for thought for all and sundry.

The question is; where do we go from here? I think that we should reason together before it is too late!

Let’s prevent unnecessary bloodshed in our motherland. I am really nostalgic about those good old days of mutual respect and peaceful cohabitation amongst the various ethnic groups in Nigeria. I hope that it is not too late in the day for us to restore normalcy and live together in harmony’ he submitted.