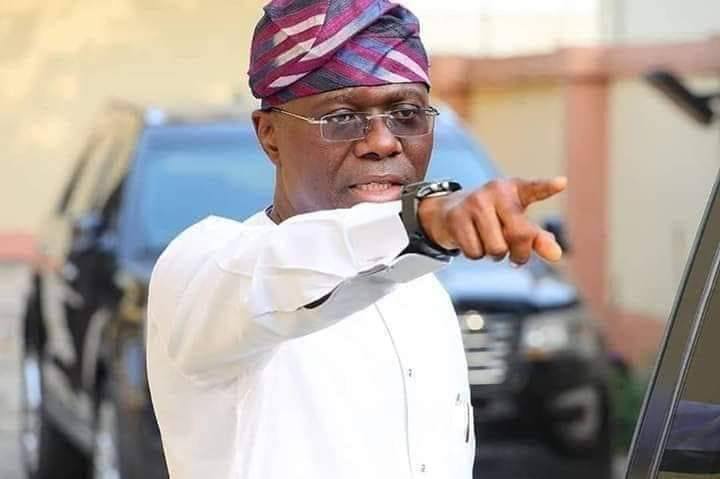 “I am not happy. I believe that Lagos can achieve a bit more. I have been in office for 125 days, I do not have absolute control over the legislature for instance because the legislature is independent and has to remain so.”

The above lamentation from Babajide Sanwo Olu, the executive governor of Lagos State explains, in details, the developmental deficits that define the pathway of his administration even as he momentarily tries to fast track attention to the deplorable and alarming neglects of critical areas in the State.

Voters, who earnestly still venerate and value Akinwumi Ambode’s administration had wished he continued until APC leaders decided otherwise. On the heels of comparison, those who monitor the developmental graph of the State submit that Ambode’s first 100 days in office were blessings compared to Sanwo-Olus which has been described as “unimpressive”.

According to Farah Aideed, a social media commentator, “Sanwo Olu days in office so far have been lack lustre with nothing remarkable to write home about apart from returning VIO back to the streets. For Ambode, she stated that he matched words with action just three weeks in office by announcing his decision to realign the Ministry of Rural Development, Parastatals Monitoring Office as well as
Political and Legislative Powers Bureau. This, according to her, set the tone for effective and mass-oriented governance that led to unprecedented
achievements within four years.

Continuing, Aideed stated that not many will forget Ambode’s milk of kindness to Mrs. Ruth Uche, the mother of three set of twins whose husband absconded from their home including Oluwajomiloju Ogundimu’s heart surgery on his second working day in office.
She emphasized the setting up of Overseas Affairs and Investment office which clearly spelt out where his administration headed.

In all of this, Aideed is particularly angry and regrets voting Sanwolu saying what seems to be his pre occupation is persecuting his predecessor, Akinwunmi Ambode.

If Aideed has all this to say, the Peoples Democratic Party in Lagos State sees it differently, lambasting and accusing Sanwo-Olu for sleeping on duty as
Lagos governor. The party said the only people who can boast of benefiting from the government of Sanwo-Olu so far are members of the All Progressives Congress
and its leader, Asiwaju Bola Tinubu. The party has since requested he resigns if he can live up to his campaign promises.

The party also advised the governor to spare time and address the traffic congest- ion across Lagos even as the city currently ranks the filthiest in West Africa.
PDPs statement seems a child’s play when compared with the harsh verdict from reputable Economist Intelligence Unit that ranked Lagos as the world’s most
dangerous city to live in.

Sadly, Lagosians are already having misgivings about the direction and effectiveness of Sanwolu. Earlier, there were concerns about Sanwo-Olu’s
experience and the turbulence he faced while trying to emerge as the gubernatorial candidate of his party as Ambode reported that Sanwo-Olu was neither fit nor
qualified to be the governor of Lagos state.
However, his Information Commissioner, Gbenga Omotosho, disagrees with these assertions, saying “Sanwo-Olu’s milestones have been remarkable.

Wherever the governor went he was met by Lagosians who appreciated what he has done. The Mother & Child Hospital was commissioned in Eti-Osa LGA, the
housing estate in Igando, Jakande Gardens was commissioned, there is a new re-orientation about waste management in the state,” he defended.

Gbenga stressed further that the traffic situation has been managed to a bearable situation. “Look at the Apapa axis long lines of trailers from Apapa as long as to
to Surulere, to the stadium, up to Fadeyi area, they are no longer there now. Not that there are no challenges. The challenges are there but they are being tackled
everyday and more creative ways are been used to deal with the traffic.”
But governor Sanwo-Olu had unveiled the
acronym, ‘THEME’’ for his policy initiatives,which he detailed as follows:
T- Traffic Management & Transportation.
H- Health & EnvironmentE- Education & Technology.

M- Making Lagos a 21st century economy
E- Entertainment & Tourism
Supporting the 5 main pillars, he also listed the following as areas of focus; Infrastructure, Housing, Ease of doing business, Land reform and Power.
The policy initiative notwithstanding, stakeholders have been of the view that tangible results would make meaning than theoretical jingoism.

They reckoned that it will be wise if Babajide Sanwo-Olu runs a people-centred government in order to avoid the repetition of what happened to his predecessor. In other words, for Sanwo-Olu to be a man of the people, he must reactivate his
traffic control mechanism. They are worried that on a very bad day, people can spend one or two hours on a journey that should not take them more than
20 minutes.

At the moment, some places in the Oshodi-Iyana Ipaja axis are usually dark when there is no light, making them choice locations for hoodlums and petty thieves to lurk around in order to attack unsuspecting people.

It will be fantastic if Sanwo-Olu orders that street light is fixed in this axis as this will complement the effort to end insecurity. Extortion is still one areas that worries voters who are daily extorted by the area boys in Lagos State.

They harass the drivers in a bid to collect money and by extension, irritate the passengers. A megacity like Lagos State should not be hijacked by area boys.
On bad and potholes filled roads, there are flashes of efforts even as it is not uncommon to find potholes in the Lagos State roads, which are partly
responsible for traffic and accident.

Technically, Sanwo-Olu had embarked on a crash programme at United States of America’s Kennedy Institute of Government where he got trained in government
administration and civil responsibility. His returns from the US programme was to herald freshness into the democratic governance of the 53 years old State. However, lots of party followers and other stakeholders in the state are currently
bewildered about the parochial and selectively guided execution of programmes in the state.

Specifically, road patching has unleashed hardship on motorists as they’re done during the rush hour as opposed to the wee hours when a lot of people have retired to their homes.

Sanwo-Olu who ran a rigorous campaign that’s full of promises for Lagosians,however he has literally gone to sleep since he was sworn-in as Governor of Lagos—Nigeria’s commercial nerve-centre —on May 29, 2019. Today, Lagos residents groan under the burden of Babajide Sanwo-Olu’s cluelessness and our people are faced with myriads of problems all over the state from deplorable road surfaces to dead street lamps. With acute and recurring flash floods, worsening traffic, clogged drainage channels and a spike in
crime, one would say these are enough reasons to believe that Sanwo-
Olu, who ran a viral, ubiquitous, in-your-face election campaign early in the year, has been a disaster in on the job.

Lagosians have also been complaining about pot-hole laden road surfaces, with one commentator on social media posting that there are now as many potholes as there are humans in Lagos.

But over the years in the corridors of power, he has diligently worked his ways into the heart of Asiwaju Bola Ahmed Tinubu and the latter who reposed a lot of confidence in him and his ability to drive Lagos forward is also now at the cross-roads what with a barrage of criticisms from different groups of stakeholders in the state.

According to sources,the slow-coach called Sanwo-Olu is now giving his principal sleepless nights as Asiwaju himself has seen that his stooge is bereft of ideas that that take Lagos to the next level. And the politcal architecture and master-plan of the state of aquatic splendour which Tinubu drafted and implemented very well before passing the baton to Raji Fashola and which the latter gave to Akinwumi Ambode has now droped off Sanwo-Olu’s hand.

Watch out for part two of this article!

-Adeyemo is publisher of City News and president, Coalition of Online Publishers in West Africa (COPUWA). He can be reached via [email protected]

PMB at 77: ‘Please, Tell Baba We’re with Him All The Way’ *by Femi Adesina

“MY STEWARDSHIP IN LAGOS ISLAND” …Supervisor for The Environment, Eletu...

The Changing Face Of Lottery And Gaming In Nigeria, By Olumade...