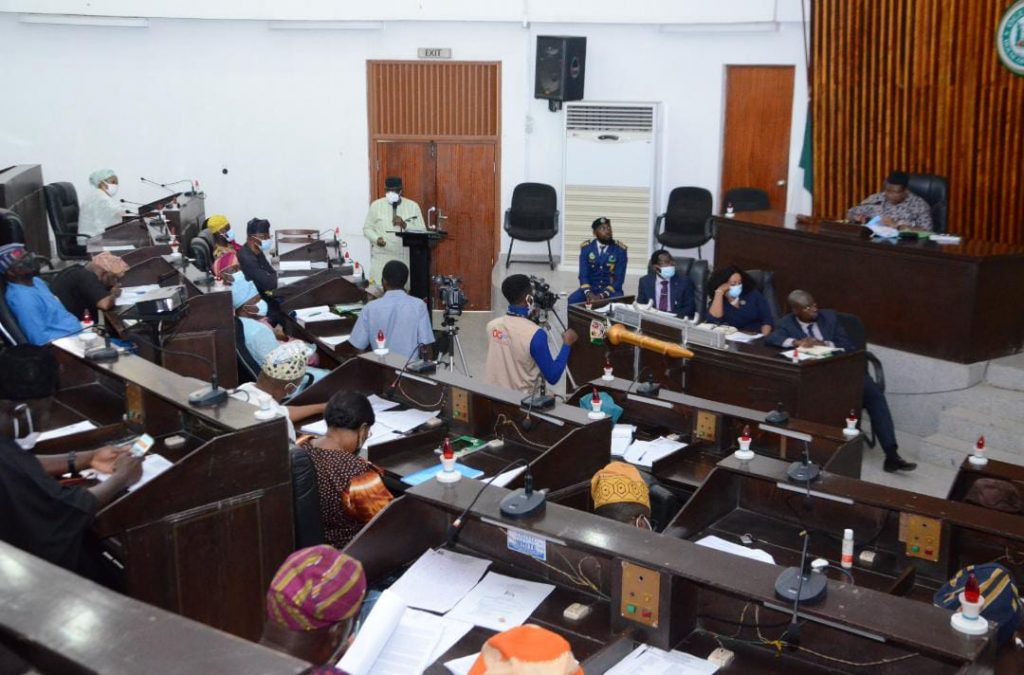 Members of the ogun state house of assembly today engaged the state commissioner for budget and planning, olaolu olabimtan on the modalities for the proposed 2022-2024 state medium term expenditure framework (mtef), with a call for improved funds allocation to the legislative and judicial arms of government to allow for seamless operations their financial autonomy.

This is just as the assembly harped on the need to ensure strict adherence to fiscal responsibility frameworks in planning for the rainy day.

The lawmakers at a plenary presided over by the speaker, rt. hon. olakunle oluomo at the assembly complex, oke-mosan, abeokuta, took turn to reel out their observations on the basis for the three year-expenditure plans earlier transmitted for consideration and approval by the state governor, prince dapo abiodun.

They also sought the immediate assent of state audit law, 2019 by the governor to boost revenue from audit and aid accountability and transparency, noting that in consonant with budgetary provision, allocation and release of funds to the two arms became imperative to aid the principles of separation of powers in line with the provisions of the nation’s constitution.

they for the timely presentation of budget proposal for the next fiscal year to the legislative arm latest by october of the each financial year for thorough legislative process.

the assemblymen stressed that periodical interface with key government functionaries became essential to avail residents of the state with information about the socio-economic status of the state, especially as it related to the administration of public funds.

Earlier in his presentation, olabimtan outlined the state’s key macro-economic indicators, noting that the draft 2022-2024 mtef/fsp was prepared to aid economic recovery based on lower incidence of infection, complete ease of lockdown and global re-opening of full economic activities.

He added that decisive and urgent action was now required to increase the tide of revenue performance, specifically through the state medium term revenue targets strategy (mtrs).

According to him, the state government was aware of the international benchmarks for sectorial allocation which formed best practices in governance, assuring that the state would continue to strive towards improving on the ease of doing business to attract more local and foreign direct investments into the state.

Justifying the economic planning and strategy being run by the present administration, the commissioner stated that the state had achieved 90% corresponding revenue target between january and june, 2021 of the current fiscal year, adding that the low implementation of capital receipts was as a result of the delay in the passage of national borrowing plan by the national assembly which was passed two weeks ago.

He also disclosed that the 2021 appropriation law had achieved 64.5% performance as at last june, seizing the opportunity to inform the assemblymen that the last bond approved by it had not been received, as government had not concluded the process to obtain it.