Ogun state government has revealed that it is already on a steady path to economic recovery against the backdrop of global economic recession occasioned by covid-19, as it has already achieved ninety percent of its revenue target for the mid-year as at june 30, 2021. 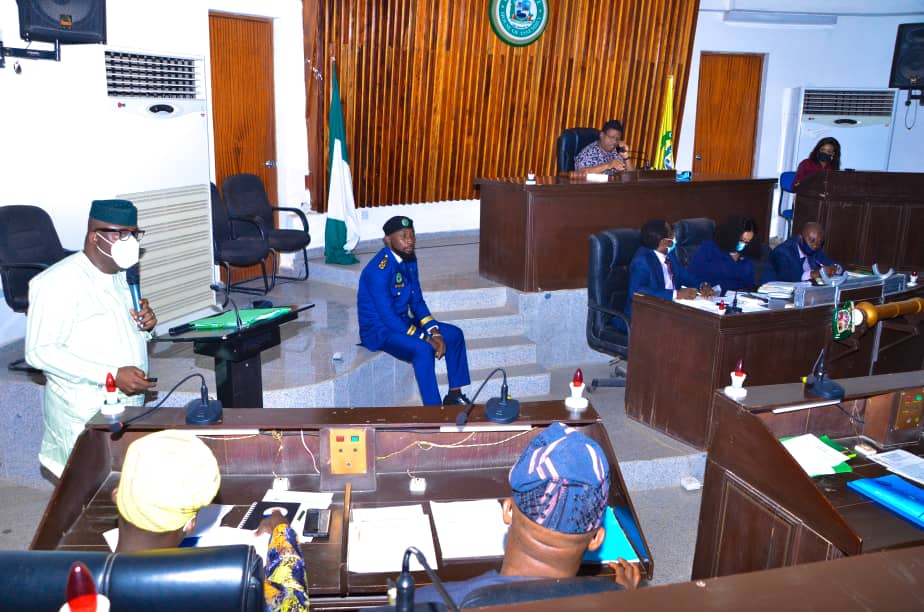 This was revealed by the commissioner for budget and planning, mr olaolu olabimtan while giving the overview and breakdown of the 2022-2024 medium term expenditure framework (mtef) for the state during the plenary of the state house of assembly, where he also responded to several questions from the lawmakers on the component of the document at the assembly complex oke-mosan abeokuta.

Olaolu who affirmed that the state was already on the right track on its economic recovery plan against the backdrop of global effects of the covid-19 pandemic, revealing that out of the 60billion internally generated revenue target set for the mid-year, government had already talked in n54.8billion representing 90.02 percent as at june 30, 2021.

He noted that efforts are in top gear to make more agencies efficient to boost the revenue capacity of the state, saying before now only 14 agencies of government generate 90% of the revenue of the state presently while about 10 more agencies are being repositioned and co-opted into the medium term revenue sectoral strategy (mtrss) of the state.

Speaking on what government is doing to ensure a realistic revenue collection for the state through the revenue generating agencies, olabimtan said “our revenue strategy outlooks prioritizes tax to gross domestic product (gdp) ratio in the allocation of revenue projection to mdas for a more efficient and probable revenue receipts to avoid undue budget deficits”.

The speaker, ogun state house of assembly, rt. hon. olakunle oluomo urged the government to begin to put in place necessary budget provisions in the budget in anticipation of the financial autonomy for the legislature and judiciary saying the current budgetary allocation does not accord the two arms due financial backing.

Oluomo also called for the assent and quick implementation of the tax audit law informing that the legislative arm has passed the bill to the executive for assent while he urged the budget ministry to expedite action on the preparation and presentation of the 2022 budget for timely passage.