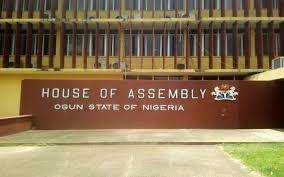 Ogun State House of Assembly has passed two bills including the one seeking to alter the nomenclature of the Tai Solarin College of Education to the Sikiru Adetona College of Education, Science and Technology, Omu-Ajose Law, 2021 and the State Fiscal Responsibility Commission (Amendment) Law, 2021 barely 48 hours after the two bills scaled second reading on the floor of the House.

The passage of the bills was meant to put in place legislations targeted at addressing the identity challenge being faced by the college of education in accessing intervention funds, while broadening its scope and operations as well as positioning the institution for better academic performance, just as the bill on fiscal responsibility commission would ensure prudent management of the State’s resources, thereby achieving greater accountability and transparency in fiscal operations.

The passage of the bills followed the separate presentations of the reports of the Committee on Education, Science and Technology by the Chairman, Adeyemi Ademuyiwa as well as his Finance and Appropriation counterpart, Kunle Sobukanla, who equally moved the motions for their adoption, which were seconded respectively by Honourables Adegoke Adeyanju and Ganiyu Oyedeji and supported by the whole House;  through a voice vote, after which the bills were later read and adopted Clause by clause by the Committee of the Whole House.

Responding, Speaker Oluomo directed that the clean copies of the bills be forwarded to the Governor, Prince Dapo Abiodun for his assent.

In another development, the State lawmakers from Ogun Central Senatorial District have urged Governor Abiodun to set out plans towards ensuring the continuation of channelization of waterways with a view to averting loss of property to flashfloods as rainy season was reaching its peak.

The lawmakers also appreciated the State Governor for his strides in infrastructural development, education, health and agriculture amongst others, while commending him and the Speaker for their exemplary leadership styles, they also lauded their respective political leaders and constituents for their support for the successes so far recorded.

The members including Honourables Modupe Mujota, Adeyemi Ademuyiwa, Ganiyu Oyedeji, Yusuf Amosun, Oludaisi Elemide and another member from Ogun West, who represents Ipokia/Idiroko State Constituency, Sikiratu Ajibola solicited for more infrastructural projects, especially road construction and rehabilitation in their respective constituencies, just as they unanimously sought for the immediate release of their constituency projects fund for the implementation of complementary projects in their constituencies.