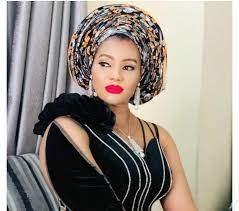 Nigerian actress, Nkiru Umeh has opined that any man who is capable of controlling his sexual urge has solved 80% of his problems already.

“From the generation in the Bible to this 21st century, sex has been the easiest and fastest means of destruction for men. Great men go down like chickens because of sexual urge. Men deny competent women positions, contracts, sponsorships, favors….and this list goes on….because of sexual urge. I repeat! Any man that has control over this has really solved 80% of his problems on earth.”

Comic Star, Jedi Set For ‘One Man Special’ Tour In US