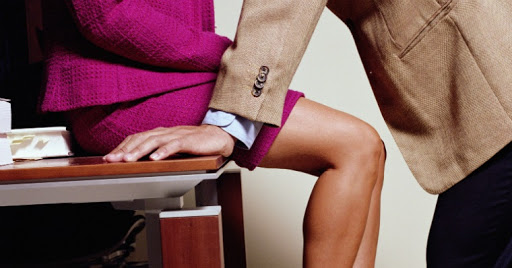 The Senate, on Thursday considered a bill seeking to stop employers in the private and public sectors from engaging employable Nigerian graduates as casual workers.

Leading the debate on the bill, Akinyelure said that “casualization of Nigerian graduates in the Nigerian labour market has become a subject of great concern as more workers continue to groan under this immoral strategy of cutting cost by employers rendering them inferior to their counterpart in other countries of the world.”

According to him, “Statistics from the Nigeria Labour Congress shows that many workers in the telecommunications, oil and gas sectors are engaged as casual labourers by employers of labours.

“Other sectors with thousands of casual labourers include mining, steel, banking and insurance.

“In all these sectors, staff outsourcing and casualization have become the order of the day as such workers no longer have regularised employment terms and, therefore, Nigerian graduates are treated as second class citizens in their own country of origin while foreigners from underdeveloped countries from Asia, India, Pakistan, Lebanon with less qualification to Nigerian graduates are placed as managers above Nigerian graduates in many private and even Government establishments in Nigeria.”

Akinyelure raised alarm that the scourge of casualization of employment in Nigeria is gaining grounds in an unprecedented proportion, intensity and scale.

“The increase in the spread and gradual acceptance of this labour practice in the Nigerian labour market has become an issue of great concern to stakeholders,” he lamented.

“Employers of labour are increasingly filling positions in their organizations that are supposed to be permanent skilled workers with casual employees.

“The trend has been largely attributed to the increasing desperation of employers to cut down organisational costs and thereby taking advantage of large numbers of unemployed graduates roaming the streets of our major cities in Nigeria.

“Mr President and Distinguished Colleagues, engagement of large attendants of the work force on the basis of visualization has become worrisome in the Nigeria labour market.

“Mr. President, let me re-emphasize that on daily basis, these workers are recruited at the gate and tired at will, in spite of the fact that these workers continue to generate enormous profits for the various establishment they work for, they remain classified as casuals and subjected to deplorable and inhumane working conditions.

“Apart from the fact that these categories of workers are working under spate of uncertainties, casualization also reveals a brutal work growth process similar to slave labour,” he said.

Akinyelure while citing the banking industry as a hub for casualization blamed banks for turning female marketers into harlots and sexual slaves in a desperate attempt by them to keep their jobs and meet unrealistic deposit targets.

“Mr. President, in Banking and Insurance Industry for instance, many young graduates particularly female are employed as marketers and given unrealistic customer deposit ceiling targets running into millions. They are hired and fired at will when such unrealistic targets are not met.

“The female among them who are desperate in keeping their jobs turned to harlotry and sex slavery, moving from one office to the other looking for invisible customers who had staunch of funds to enable them meet their targets. Mr. President, it is high time this evil and devilish act is stopped,” the lawmaker fumed.

Senator Biodun Olujimi (PDP, Ekiti South) while re-echoing Akinyelure’s observation said, “Our girls have been turned into what we cannot imagine. Most of them have been asked to look for funds and when they come to us, I always tell them, I do not even have the funds to eat, how can I have funds to keep with you in the bank?

“And they will never be promoted if they don’t bring in such funds and this is a banking industry that is privately owned, yes, but has made so much profit, and from the profit, they could at least take the few that they can manage properly, rather than take a lot that they will be giving pittance.”

The lawmaker, therefore, harped on the need to have a legal framework to ensure that casualization does not exist.

“If you must take workers, take the number you can on proper emoluments,” she said.

On his part, Senator Ajibola Basiru (APC, Osun Central) while citing the position of the Supreme Court – which  gives employers the power to hire and fire – called for caution in the way the bill is tweaked, adding that the National Assembly “must make a distinction in making the prohibition between employment in the public sector and employment in the private sector.”

The Deputy Senate President, Ovie Omo-Agege on his part, while throwing his weight behind the bill lamented the treatment of casual workers by oil companies operating in the country.

Another lawmaker, Mohammed Sani Musa (APC, Niger East) said “I think we need to be a bit careful with this bill, reasons are not far-fetched.

“I give a simple example with the Independent National Electoral Commission. When election period comes, they engage close to about 700,00 to 900,000 people, who they engage all over Nigeria for the purpose and conduct of election.

“A lot of manufacturing firms today, if they say they are going to engage everybody as a permanent employee, even the graduates, because there are certain functions that just unskilled personnel cannot be able to handle, you need to have somebody that has requisite qualifications.”

The Senate President, Ahmad Lawan, in his remarks charged the Committee on Employment, Labour and Productivity to strike a balance in the bill to ensure that casual workers in the country are not made victims of layoffs.

“The fact remains that we need employment for our people, especially our teeming youth on one hand.

“On the other hand, we don’t want discrimination.

“If we say no casualization at all, some of our people could be victims of layoffs, and, of course, we know what casualization brings. You don’t have any entitlement outside of what you’re given immediately.

“So, we need to strike a balance to ensure that those who have to be employed on Adhoc basis – like one of our colleagues tried to show in INEC recruitments for example – and even in some of the sectors, don’t suffer too much but that we emphasize getting permanent and pensionable appointments or employment opportunities for our people.

“I think government has a role. While government cannot employ everyone, we have the responsibility to create the environment or climate for employment opportunities to be available, either in government MDAs, or because the economy is good; private sector could engage even more than the government can do.

“So, we have the opportunity now to take this matter before the Nigerian public and whatever we feel is the general view is what we should try to reflect when we finally pass the bill as we wish to, because this is a very important and indeed a sensitive bill because we need to have a balancing Act.

“If you say no casualization in Nigeria at all, there’ll be consequences definitely. And, if you don’t say anything about it, some people will just be suffering – in the words of the sponsors of this bill – from the very devilish and evil treatment of those who employed them.”

The bill after scaling second reading was referred by the Senate President to the Committee on Employment, Labour and Productivity to report back within four weeks.

2Baba’s Love Confession: Annie Called Me King When No One Knew Me

Man Tells Apostle Suleman: With Less Than N5, I Was Paid N65m After Your Prayer