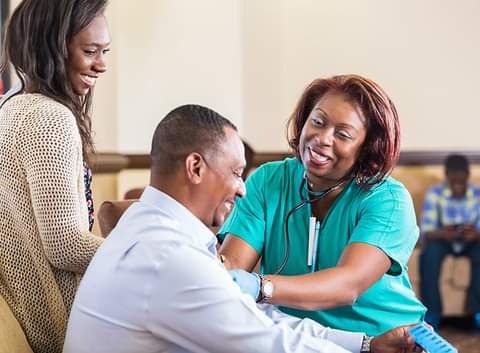  Experts say a well-balanced diet and regular exercise can help reduce the risk of type 2 diabetes and other conditions in people in their late 40s. Getty Images

Researchers say people in their late 40s are increasingly having to deal with chronic health issues such as type 2 diabetes and high blood pressure.

About 1 in 3 British people in their late 40s have chronic health issues, according to new results from the 1970 British Cohort Study, which periodically tracks the lives of about 17,000 people born in England, Scotland, and Wales.

Of the nearly 8,000 recently surveyed by University College London, 34 percent said they have two or more chronic health issues, such as high blood pressure and mental health concerns, according to the medical journal BMC Public Health.

Experts say it’s not just a British thing, however. The United States is still culturally related to Great Britain, and doctors say they’re seeing some of the same issues there.

“By way of perspective, until a few hundred years ago, most people died by the time they were 45 years old,” said Dr. Jacob Teitelbaum, an author and internal medicine specialist in Maryland who specializes in chronic fatigue syndrome and fibromyalgia.

“Now we’re looking at it being normal to live into one’s 80s. But this does us little good if we’re in horrible health,” he told Healthline.

The impact of aging

Teitelbaum said humans are designed for “planned obsolescence” with ovaries and testes beginning to shut down in our late 40s. Women go through menopause, and men go through “manopause.”

“Research suggests that even borderline low testosterone in men is a major risk factor for triggering metabolic syndrome, which is a combination of high cholesterol, hypertension, and insulin resistance or diabetes,” he said. “In turn, this common combination is likely the main cause for heart attacks and strokes — the biggest killers of modern life.”

“I attribute the cause to two main factors: stress and diet,” Greenleaf said.

She added that stress reactions were good for humans when we were running away from predators.

“In modern times, our brains don’t know the difference between running away from a saber-tooth tiger versus work, family, [and] economic stressors,” said Greenleaf. “Being under chronic stress affects our digestion and our reproductive hormones that help with well-being.

“This, in turn, can lead to gut inflammation and, therefore, body inflammation. Individuals process this inflammation differently. Some may develop arthritis, while other develop heart disease. Then you add poor diet,” she said.

The effects of inflammation and insulin

She told Healthline that humans fight two disease processes as they age: inflammation and insulin resistance.

“The more bad oils, toxic foods, and high sugar ingredients we get exposed to, the less adaptable our cells become and, ultimately, we will discover that our cells are inflamed and resistant to hormones,” Pelz said.

“Medical anthropology has shown that a very large component of diabetes, heart disease, and stroke risk are cultural,” he said. “In [developing] countries, before the introduction of a high sugar, low fiber diet, these conditions are quite rare. But after introduction of the Western diet, they skyrocket.”

Patti Naiser is the chief executive officer of Senior Home Transitions in Louisville, Kentucky. In addition to some of the bigger causes of chronic health issues in middle-aged people — such as increasing cases of Alzheimer’s disease and type 2 diabetes — she says some of the seemingly smaller issues leading to infection shouldn’t be overlooked.

“People in their late 40s commonly suffer from gum disease,” Naiser told Healthline. “You can’t stop the decaying of a tooth, but you can definitely slow the process down by being careful of your oral health. Brushing two times a day and flossing at least once a day is a great way to improve oral health.”

Ways to improve your health

Not smoking, lowering alcohol intake, and increasing exercise are ways for people to maintain good health at any age.

Greenleaf recommends eating whole foods such as vegetables, fruits, fish, and eggs, as well as consuming organic products whenever possible. That’s because pesticides and other unnatural ingredients affect hormonal balance and lead to inflammation.

Staying hydrated is also important, as is getting 7 to 8 hours of sleep each night and decreasing stress by meditating, walking, and hanging out with friends.

“Getting back to basics is the key to healthy living,” Greenleaf said.

Lifestyle: Read This If You’re Finding it Hard to Quit Alcohol