Dry January gives people the opportunity to see what their lives would be like without the alcohol. Often people get into routines and patterns and they just self-perpetuate and you really need to break it and you realize you feel better.

However, making your Dry January a successful one may not be as easy as it seems.

Having a plan in place can not only help you reach your goal more easily, but enjoy the experience along the way as well.

So, if you’re one of the many people who’ll be starting off 2020 with a resolution to drink less, these 8 tips can help make your Dry January a healthy and happy one. 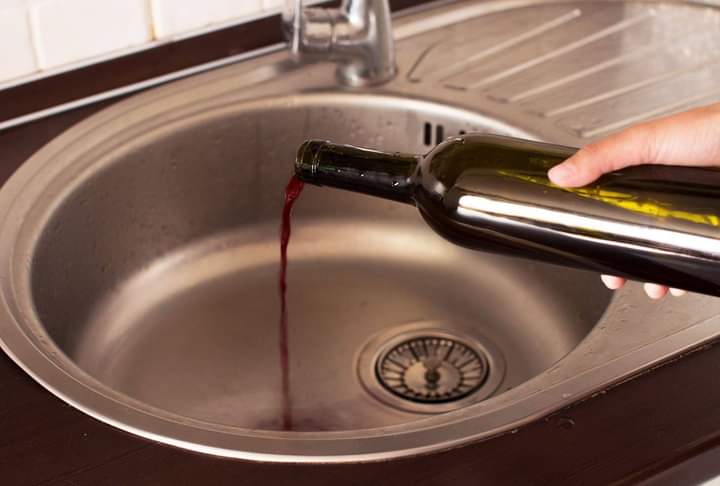 This one may feel like a bit of a no-brainer, but it’s really important.

Not only should you have realistic expectations for yourself, but you should also get your friends and family involved.

Making goals can also mean writing them down or posting them somewhere as a physical reminder of your intentions.

It’s also important to publicly declare your goals, to have others — it doesn’t have to be everyone — be aware of what you’re doing. I think the commitment out loud is important. It increases one’s likelihood of following through.

By making your goals public to friends and family you also open up a channel of communication and support from them that’s invaluable.

We’re social animals. We are primates and social interaction is probably one of the most powerful reinforcers that we have. It doesn’t mean you have to go to Alcoholics Anonymous… you can find that kind of social affirmation in many different ways.

Use the people closest to you as a support network to help keep you on track. You may even encourage them to take on Dry January with you.

Whether it’s wanting a nice glass of wine on a Friday after work or wishing for a cold beer at a baseball game, many people have particular times, locations, or situations that they associate with drinking.

These are known as triggers. To cut down on drinking, it’s important for everyone to first understand what their triggers are and then avoid them.

But don’t psych yourself out either. Stopping drinking doesn’t mean you can’t ever go to another baseball game or brunch with your friends.

People feel like ‘Oh, I can never go to a bar again.’ And that’s ridiculous. The idea is that if today you don’t want to have a drink, don’t go to a bar today. You need to think short term and not forever more.

You’ve made a plan for Dry January, but it may not always be easy to stick to it. Plan for the inevitability of an urge to drink at some point and know which actions you’ll take to overcome it.

You really need to learn to ride out the urge. I use the analogy of a wave with a peak, but it always breaks. You need to ride out the wave. If you don’t act on it, it will definitely subside.

There are simple strategies to employ when an urge strikes that can help such as a quick change of scenery. If you’re inside, go outdoors. If you’re with friends, take some alone time.

Small changes in environment can help distract you or take your mind off of drinking long enough to ride out the urge.

If you’re using alcohol as a coping mechanism or a way of relaxing, maybe try and find some other way of doing that.

Go for a walk, try some relaxing yoga, or join a recreational sports team.

Exercise is good for everything. If there’s one universal thing that helps everyone it’s exercise.

This is also a great time to reconnect with your other hobbies, interests, and passions. Time (and money) not spent out at bars can instead be used for that ship in a bottle you gave up on, or that thousand piece jigsaw puzzle collecting dust in the closet.

Sometimes it’s hard to say no to a drink. Saying no to friends or family is likely the hardest thing you’ll have to do to get through Dry January.

This tip comes straight from the list of ways to quit drinking, and it means having the conviction to stick to your resolutions.

Turning down a drink can sometimes feel awkward, so it is recommended to think through these potential situations and even rehearsing what you’re going to say.

It can feel weird to be out with friends and ordering a soda or a nonalcoholic beer, but as the evening progresses and everyone is having fun, no one will really care what’s in your cup.

Avoid ‘all or nothing’ thinking

So, you’ve made your resolution to stop drinking. You’ve written it down and told your friends. But, two weeks into January you have a beer. Uh oh, you blew it, right?

No. It’s not the end of the world.

In fact, just cutting back is better than nothing at all. The point to remember is that you need to bounce back.

So, if you have a drink, don’t keep drinking for the rest of the month. Take things in stride and recommit to your original resolution.

Keep track of your drinking

Even if your goal isn’t a totally sober January, but instead just to drink less, there are things you can do to make achieving that goal easier.

First, figure out a way to track your drinking. You could use an app, keep a drinking journal, or carry a drinking tracker card in your wallet.

Or use your calendar and mark off the number of days you’ve gone without a drink. Keeping track can be a good motivational tool and reminder of what you’re working toward.

You should also familiarize yourself with standard drink sizes to avoid accidentally consuming more alcohol than intended. Mixed drinks in particular, especially when made at home, can contain more alcohol than expected.

Society: How Airplane Pilots See At Night Without Landing Lights

Choosing The Right Online Marketplace For Your Business