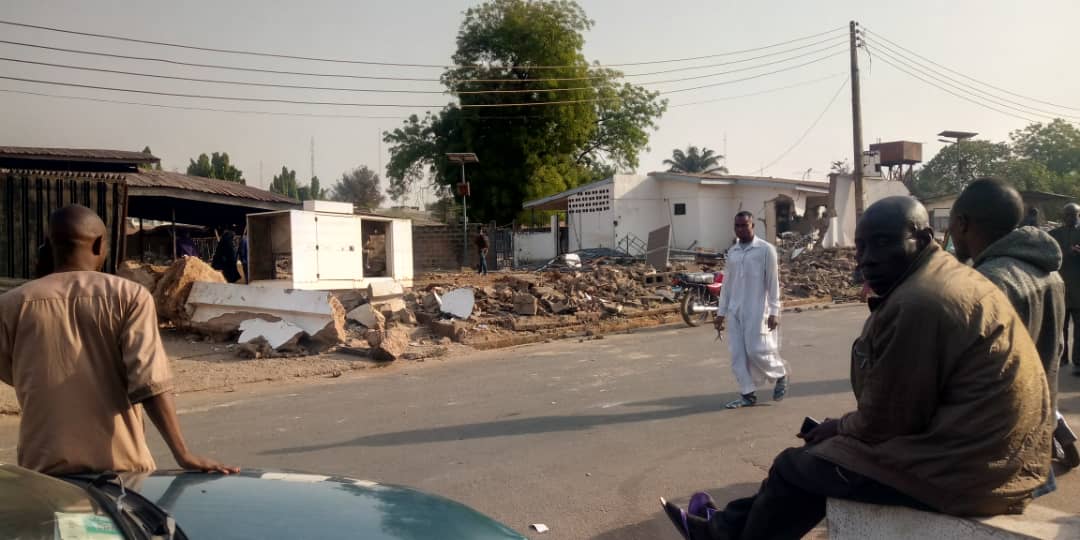 This was barely 24 hours after getting the go -ahead and the permission to continue with construction work on the controversial piece of land in Ilorin GRA   famously known as ‘Ile Arugbo’.

Justice Abiodun Adewara of the Kwara state High Court, Ilorin had a day earlier struck    out the suit by   Saraki’s  Asa Investment Ltd  challenging government’s decision to  take over the land.

Justice Abiodun Adewara had cited ‘lack of diligent prosecution’ for striking out the suit while adjourning until 17 March, 2021 to hear counter claims.

Part of the building was first demolished in January last year and while the remaining part escaped demolition January this year, it has been brought down early February.