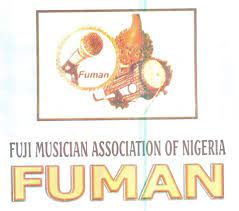 Kwara State Chapter has elected new executives to run the affairs of the association.

The new  FUMAN Governor , King Jamiu Ayinde Aloba said  Fuji musicians as society builders through the composition of their music will do all it can to collaborate with  government  at all levels to ensure the country  progresses.

The FUMAN Governor  lamented  that it was painful that musicians  these days  have abandoned  the social responsibility of advising the people and government  but rather  focused on entertaining and make people laugh instead of creating room for sober reflection.

‘I am not saying that ‘saje’ music is wrong entirely but we need to put nation- building first and speak to national and state issues when it is necessary. Unfortunately, many of our musicians prefer to just entertain the people, even when they know that all is not well’, he said.

Ayinde Aloba expressed his resolve to make a difference in the Fuji music industry by collaborating with government over the welfare of its members, sensitizing them on their role for the present generation, playing their part effectively.

‘As musicians, it is not normal for us to play politics in a way that we ignore the suffering of the people but to efficiently criticize government constructively as partners and not as enemies. If we speak the truth, without political bias, no government will accuse us of working for their opposition. That is why we are making efforts to be different and parlwith government to build the state’, he added.