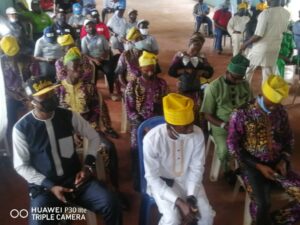 The government of Ijebu East in Ogun state southwestern Nigeria has placed major priority on effective health care delivery and other cardinal programmes of Afenifere extraction of the defunct Action Group (AG) and Unity Party of Nigeria (UPN) administrations respectively.

Hon Wale Adedayo the executive chairman of Ijebu East LG made this known on Thursday in Ogbere the local government headquarters during the flag-off for the distribution of over one hundred thousands Insecticides Treated Nets (ITN’s) to the residents of the council area, as an avenue for prohibiting the spread of malaria fever disease. 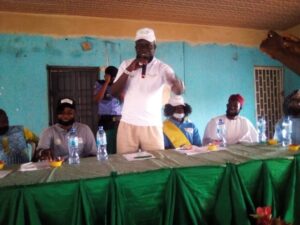 The distribution of the insecticides treated nets is a program of the Society for Family Health (SFH) in partnership with the federal government of Nigeria.

The council boss further highlighted that he has embarked on evacuation of blocked drainages across the length and breadth of Ijebu East which also happened to be part of ways of curbing the breeding and spreading of malaria fever.

He disclosed further that his commitment is to deliver the dividend of democracy to all the nook and cranny of the local government area. Placing priority also on quality and affordable education, agriculture, construction of housing estate etc.

The wife of the council chairman Mrs Motunrayo Adedayo was decorated as the “net advocate” in Ijebu East for the distribution of the insecticides treated nets while the nets were also officially handed over to her as well for the flag-off.

The distribution of the ITN’s from house to house across the length and breadth of the local government area commenced from 26th August till 6th September 2021. 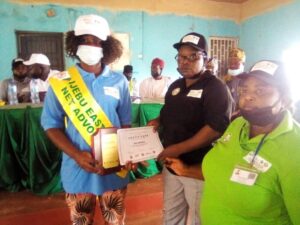 The event has in attendance Hon Oyesanya Adetutu the vice chairman of Ijebu East LG, Miss Christie Okonkwo the Ijebu East LG coordinator for distribution of the ITN’S/representative of Society for Family Health from Abuja, Dr Oladipupo Kazeem the Director of Primary Health Care Ijebu East LG, Mrs Ambali LG Health Educator and host of others.