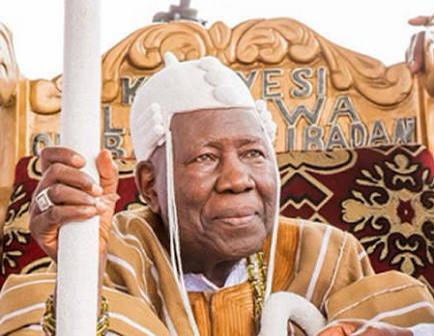 According to an American lawyer and politician, who served as the 30th president of the United States from 1923 to 1929; Calvin Coolidge, said ‘no person was ever honoured for what he received but honour has been reward for what he gave.’
All over the world, conferment of chieftaincy titles on deserving personalities is a way of expressing gratitude for impactful gestures of individuals that have through their magnanimity and benevolence benefited the awarding community whereby gratefulness of the people is bestowed on the beneficiaries of such titles in recognition of their irrefutable impacts with anticipation of continued purposeful living to further enhance the lots of the title awarding community.

Invariably, for conferment of chieftaincy to be worth the while, there must be convincing evidence of the presence and stupendous proofs of positive influence of title beneficiary widely felt and appreciated by the members of the title awarding community, otherwise, such titles become a scam.
The above depicts is the current trend in the award of Chieftaincy titles by the exalted throne in Ibadanland, Oyo State of Nigeria.

Chieftaincy titles come in different worths and diverse values. Some may be taken for granted while others must worth the status. The title “Agba Oye”, which refers to “High Chief”, is supposed to be preserved for an individual of perpetual influence who has grown through the ranks relentlessly providing shoulders for others to learn on and bringing widespread soccur to all and sundry remaining unwavering and unflinching in his positive impacts on the community over time without being found wanting over a reasonable length of time.
The Late Chief Harry Ayoade Akande, the immediate past Agba-Oye of Ibadanland, was known for enormous wealth. He lived in extreme affluence with a record of being rated one of the richest black men ever lived but never had any conspicuous impact on the community that awarded him with one of the most revered titles of the land.

As they say, once bitten, twice shy. If the most prestigious title of Ibadanland was given in error in the past, caution ought to be taken to avert the repeat of such a gaffe. A deserving personality for the esteemed title of Agba Oye of any community ought to be a man with a household name in the community with convincing impact and evidence of kind gesture is felt and acknowledged by all and sundry in the community.
Late Mufutau Ajadi Lanihun of blessed memory was never a big title holder but his name resonated with philanthropy, care for the downtrodden and peerless love for Ibadanland. Such is the worth of an individual deserving of a respected title in Ibadanland.

Curiously, the recent installation of Engr. Kola Karim as the new Agba Oye of Ibadanland leaves some questions unanswered – Who is Kola Karim in the social, religious, communal and philanthropic spheres of Ibadanland? What has been his credence in the Ibadan traditional council, his contributions to societal development of Ibadan city, his evidence of impactful living among the downtrodden not to talk of ingenious associations, the Olubadan palace itself and the central council of Ibadan Indigenes?
The Ibadanland ought to have outgrown ‘titles for sale syndrome’ whereby only the highest bidder takes the weighty honour of the land. This makes titles become cash and carry.
Conversly, the award of the revered title of Agba-Oye of Ibadanland puts the beneficiary of the title under spotlight to prove his worth as deserving of the title, otherwise the title is considered awarded in error.
Consequently, in order to redress the hideous trend, all concerned stakeholders and prominent sons and daughters of Ibadanland must be involved in the selection process of whoever is deserving of titles from the exalted throne of Olubadan since title holders are not only subjects to the Kabiyesi but also have the sanctity of Ibadanland to preserve and the interests of all and sundry in Ibadan to protect.

Delta Politics of Zoning: The Myth and Deceit *by...