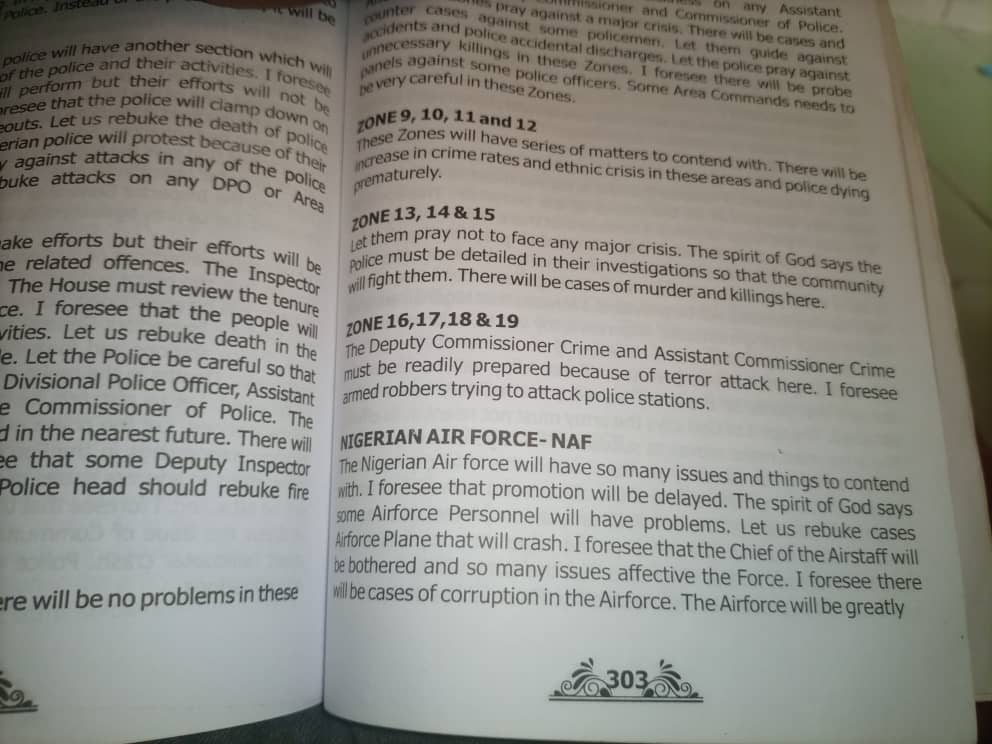 The nigerian airforce has recorded a black sunday following the crash of one of its aircraft, reportedly claiming lives of those on board.

The plane crashed close to Abuja airport and burnt into ashes.

Meanwhile , a popular man of God, Primate Elijah Ayodele had earlier warned that against such occurrence in his annual book of prophecy titled Warning to the nations.

He made this known in the 2020/2021 edition which was released in August 2020 and said we need to rebuke plane crash.

These were his words on Page 303
‘ ……..The spirit of God says some airforce personnel will have problems. let us rebuke cases of Airforce plane that will crash…..”

As he has said, the airforce jet reported had engine failure and cash landed.

Apostle Suleman: Why I Gave My Cook of 10 Years A House