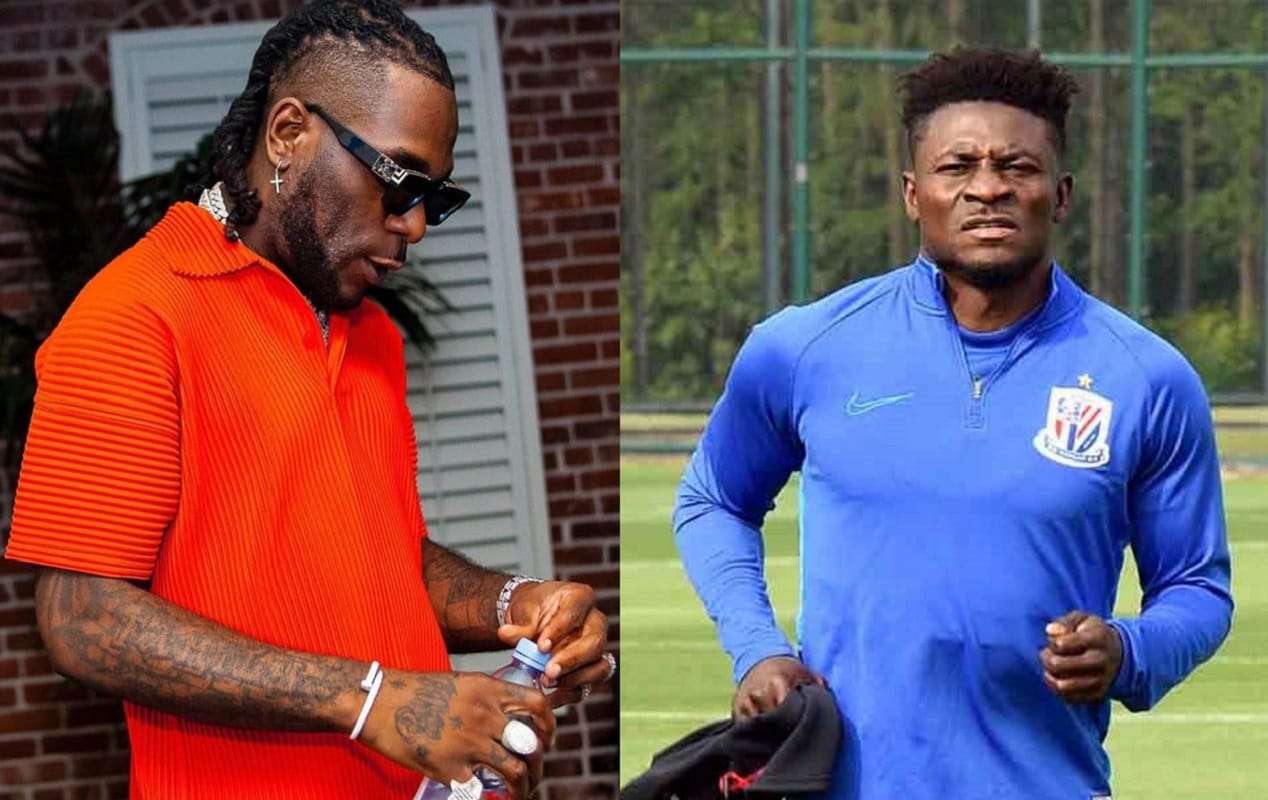 The truth about what really happened between football legend, Obafemi Martins a.k.a. Obagoal and singer Burna Boy has eventually been revealed by a close source.

According to the source, there was a business transaction between Burna Boy and a business associate (name withheld) and the business allegedly yielded a lot of money.

For some unknown reasons, the associate was still withholding some of Burna Boy’s money rounding up to 140 Million Naira and all his efforts to get the money back proved abortive.

The alleged business associate was then spotted to be at a popular club in Lagos and Burna who felt he was right to challenge the associate anywhere walked up to him to ask for his money.

Obagoal on the other hand who felt he was a bit older than them both stepped up to preach peace and see if he could help them sort their rift amicably but Burna was too rude to Obagoal who on the other hand got hard and then things got out of hand.