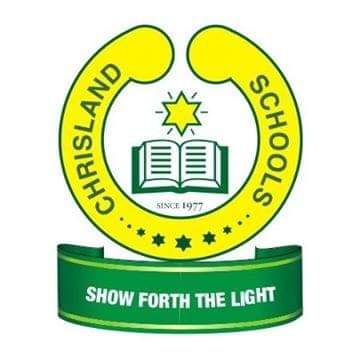 As Africa continues to grapple with different economic and political challenges, the need for accountable leadership cannot be overlooked. Arguably, poor leadership is responsible for the snail pace development in the continent.

However, a critical demographic that will play a key role in leading Africa right is the youths. With most African leaders in their advanced age, usually between 55-75 years, Africans are turning to their young and vibrant population for building trust and accountability, economic transformation and social development. The continent’s young population is estimated to be at 70 per cent with a possibility that one out of three young people in the world will be living in sub-Saharan Africa by 2050. The figures, therefore, underscore the need for the continent to equip its young ones with the right leadership skills.

One institution that is preparing the young generation for their future roles is Chrisland Schools, a renowned educational institution in Nigeria, known for its excellence in educational values. It has been in existence for over four decades and was rated as the best private school in Lagos by the Ministry of Education in 2017 and in 2021, Chrisland was adjudged the Most Outstanding Private Secondary School at the National Education Summit and Award.

Beyond education, Chrisland is known for its leadership and training sessions for students and staff members, a programme which it kicked off over 10 years ago.

The leadership programmes cut across different levels and usually take place after the term examinations. For instance, there is the Sea School Experience, also known as ‘Citizenship and Leadership Training’. The training serves as a preparation ground for the students as they progress to senior school. The skills taught can also be applied in the real world. Over 200 Year 9 students can access the leadership programme which is usually held in various venues such as La Campaigne Tropicana, Whispering Palms, Winifred Awosika Leadership Training Centre, Sea School, Apapa.

Apart from the Sea School Experience, there is “African Leadership Academy Model African Union, ALAMAU”, usually held in South Africa for Year 10 and 11; and for Year 11 and 12 students, there is Nigerian International Secondary Schools Model United Nations, NISSMUN Conference in America and Abuja.

To date, over a thousand students have been beneficiaries of the conference across all levels.

“We take the leadership training programme very seriously with all our students. The idea is usually to equip them generally with the expectations of the next level,” said Dotun Sotunde, Executive Assistant to the Managing Director/Head, Academic Support Unit.

Like the students, the staff and management also undergo similar training tailored to meet their requirements. It is specifically for those who have performed exceptionally within and outside the school in areas higher than their level. It is a sort of compensation and incentive for the staff.  A notable one is “Leaders in Education”, which was held in the United Kingdom at the University of Hall in 2013. Other trainings include Council Of British International School (COBIS), NICE Conference and Principals Conference held in the UK, US and South Africa.

In addition, there is a quarterly training workshop where those who participated in the training are allowed to impart the knowledge garnered to others. Recently, the school announced that it is collaborating with the Leadership Training Centre in Apapa, to have a training session at the Winifred Awosika Training Centre on the school grounds at Idimu.

The significance of these training sessions on participants cannot be overemphasized and speaks volume of the school’s commitment to using education to prepare future leaders.

It is no news that Africa has an alarming rate of out-of-school children due to poverty, religious or traditional beliefs. Through these leadership programmes, Chrisland is changing that narrative and leading the way for youths to be part of policy decision-making in the country. It is preparing them to reach positions of influence and build strong institutions that will rival any in the West. According to the African Leadership Institute report, about 700,000 young Africans have already been exposed to some form of selective leadership initiative, such as the one Chrisland is offering.

This way, Africa can prepare its youths to beam the light on Africa as a progressive continent.

“Coronavirus Can Be Cured with Herbs”…PAN chairman, Abdul Akeem Ibrahim