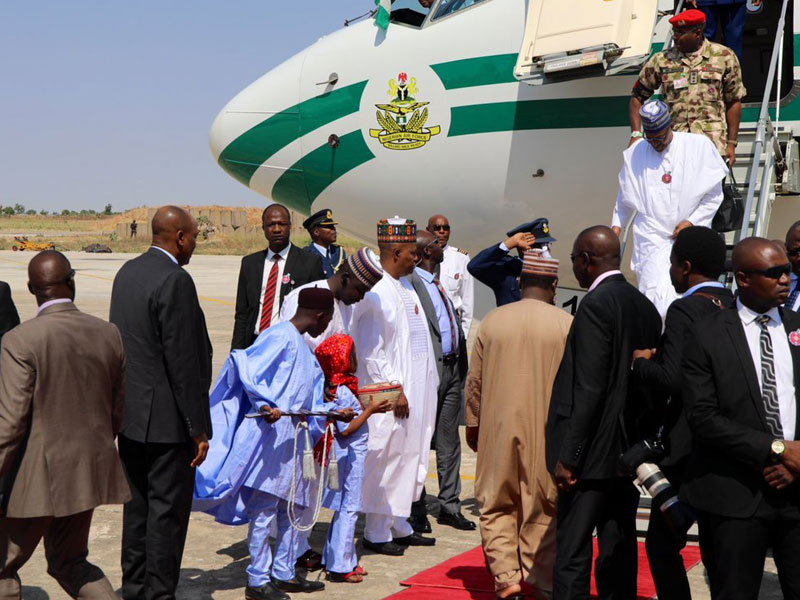 Buhari is in the state to commission some projects executed by the Governor Babagana Zulum administration.

The presidential jet landed at the Nigerian Air Force wing of the Maiduguri International Airport at 9:30am.

The president was received by Prof Zulum, members of national and state houses of assemblies, service chiefs alongside top government officials.

According to the itinerary of the president, he is expected to visit the Shehu of Borno’s palace, address frontline troops and as well commission some projects within the state capital.

The President will later proceed to Maimalari cantonment to visit wounded soldiers.

Motorists are experiencing difficulties as most of the roads within Maiduguri Metropolitan City are partially closed.

In Search for Justice for Keren-Happuch Akpagher *by Georgia Agada