Although most know him as a social crusader, little was known about Olufemi Akinbule Aduwo as a philanthropist and a man whose love for the family extends beyond marrying and fathering children. In this interview with the Editor, FOLORUNSHO HAMSAT, Aduwo reveals few best kept secrets about his family and personal life. He tours through his infancy and adulthood, including relationship and its challenges, which rough patches humans, regardless of statuses, are bound to pass through in their love journey. It is a fair exposure of the ‘iron man’s’ soft side. Enjoy…

My growing up was just like that of any young boy in the rural area. I was born into a modest family as we call it in our own standard. My father was a tax collector. Although he was not educated, people of the town selected him for the job because of the trust they had in him. He was also a peasant farmer and fisherman. Growing up, I believed my father was the richest in the world. Although he didn’t own a bicycle, we were contented the way we were.

We lived a humble lifestyle, to be honest. We ate rice two times in a year. But we ate the rice with much joy.  Ours was a much disciplined family. My mother was also a farmer and fish seller. I have seven senior ones but many of them are no more. Five of us are alive; three women and two men. I am the senior son.

What kind of behavior did you parade while growing up?

I was an extremely radical boy. The money our parents spent on other children combined was not up to what was spent on me alone. That is to tell you the kind of boy I was. I was in secondary school in 1975 at age eleven. Because of truancy and lack of brainpower, I had to drop out of school two times. So, it was amazing and surprising to my parents that I finished the university education with good grades and even attended school abroad and came back home with good grades. So, when my secondary school mates saw me, they were shocked that ‘is this the same guy we knew in secondary school?’ In fact, it was so rough that in secondary school for a week, I wouldn’t be able to enter the class because of the kind of punishment that awaited me. I would be punished from morning till closing hours for a week or even two weeks sometimes. I was extremely stubborn. In the farm, some of our uncles would lace their crops with charms but I would go there and destroy the charms and also destroy the crops. And I would suffer no repercussions. Most of the times, they would report to my parents that I stole their charms. My parents would appeal and tell them to allow the charms work on me. There was also this type of charms they invoked to make women who were suspected to be witches to confess their crimes. We call it ayelala. Any woman that ayelala caught to be a witch, I would ambush her along the riverine area and beat her mercilessly. That is the kind of childhood I had. So, some of them who knew me back then and now see me quiet and gentle, do wonder how God did it.

The Yorubas have a traditional way of suppressing any child that lives your kind of childhood lifestyle. Were your parents not advised to consult traditionalists on your behalf?

My grandfather was a famous herbalist. But my parents were born into the Cherubim and Seraphim Christian faith. Though, my parents did consult some prophets on my behalf, they were told that nothing was wrong with me. I am a special child. My mother laboured for nine days before she gave birth to me. The day I was born, a witch in my town died after confessing that she had tried to kill me and my mother. Even when I was born, it took many hours before I cried out as a baby.

Who among your parents were you close to?

I was close to both of them. But I was closer to my mother because of the roles she played while I was growing up. For example, my father couldn’t barb hair, so it was my mother who did the barbing for me throughout my primary school days. She also taught me many things about life and that was why I attended secondary school in her town, Ode Irele. I was so close to her and we share striking resemblance. My father was not wicked but he was a disciplined man. I understood why. He had lost many children, so few of us that were left he had special care for.

What are you missing about your late mother?

I honestly am missing a lot of things. I can tell you that I started praying after my mother died. My mother died in June 2019 and was buried on February 13, 2021. I am missing her so much. She was very dear to me. I never believed she was no more until her body was lowered into the ground. That was when I cried like a baby. Until she died, I didn’t usually pray because I believed someone was praying for me because she always prayed for me. The day she died, she prayed from 12 noon for all her children till she breathed her last at exactly 2.32 pm. 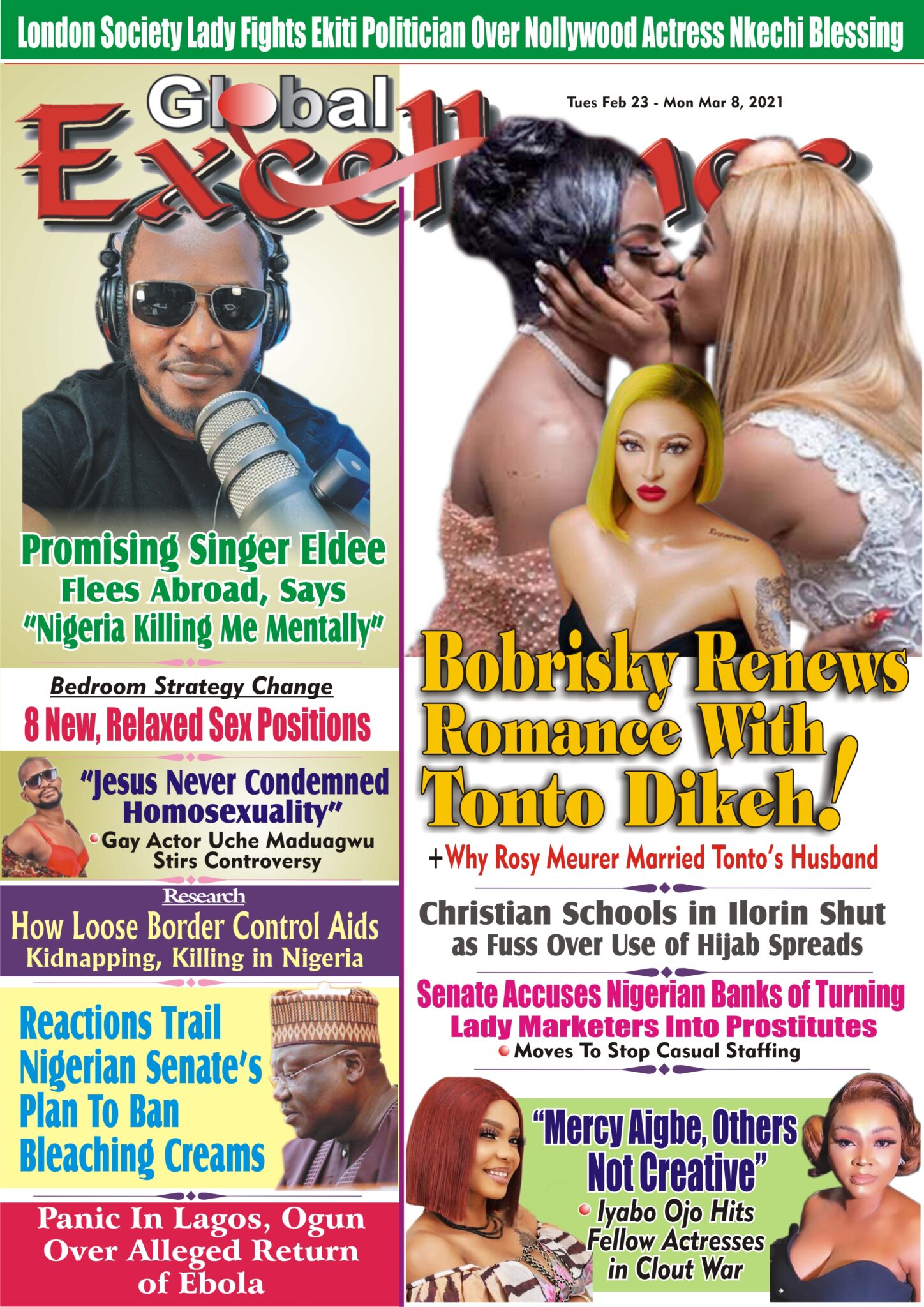 When I got married to my late wife, Olayinka, we had a delay in child bearing for thirteen years. My wife was from Ogbomosho in Oyo State and I am from Ondo State. My mother never interrupted my marriage and she never advised me to remarry. She just kept praying for us believing God would answer our prayers. So, she was very happy when we had our children. She was there at our wedding at Ogbomosho. My late wife and my late mother were very close. Every year, my wife would buy her five or six choice clothes. They were both fantastic. I miss them.

How does it feel losing both parents and a dear wife?

Well, it’s a part of life. I am trying to cope. I have a very busy schedule. I came back from my town after the New Year and in January I had to travel for the United Nations conference in Dubai. I will be travelling again in April. When my wife died, my children were ages two and half, three and half and seven respectively. With God on my side and with the help of a brother-in-law, Kehinde, I have been coping. God has been using Kenny for me. By the special grace of God, the last baby is now thirteen years old, the older one is fourteen years plus and the eldest of the three is now in the university, he is nineteen years old. So, God has been so good.

Will it be right to say you have been able to cope due to the kind of childhood you had?

I don’t think so. I have only been able to cope because of the kind of love and understanding that I shared with my late wife. Not having child for thirteen years made the love we shared to be deep and very strong. If I was the one that is no more, I believe it would also be very difficult for her to remarry. This particular issue we had discussed many years before her departure, and I know what her reaction was. So, as a Christian, I am of the belief that even though husband and wife don’t get married in heaven, the possibility of our meeting each other once again is there. That is possible because of the love we shared. 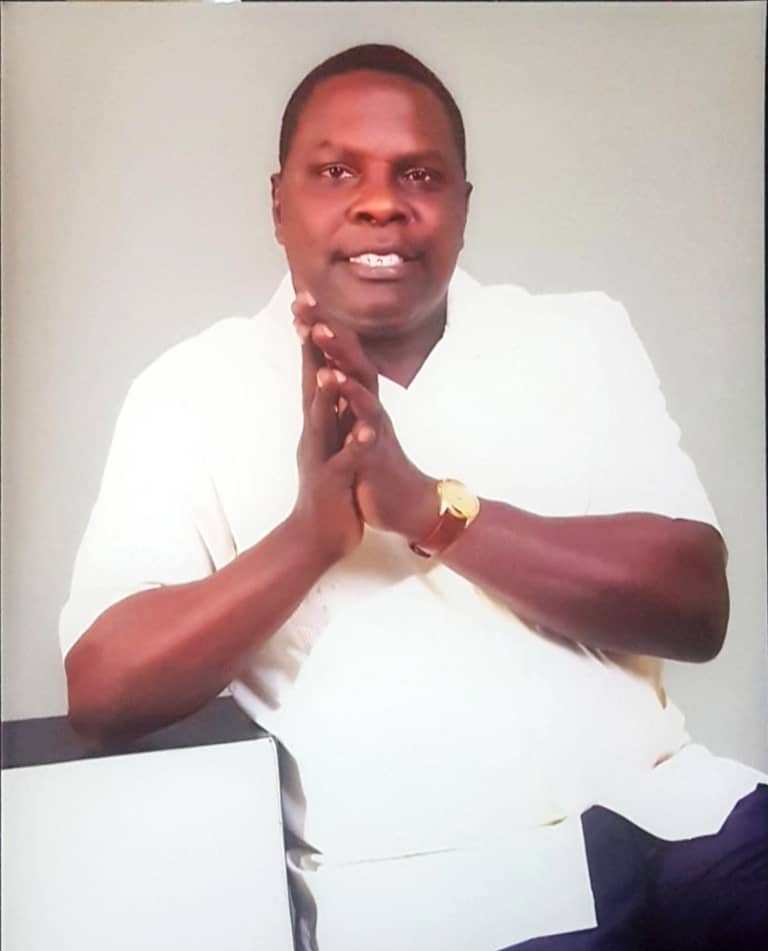 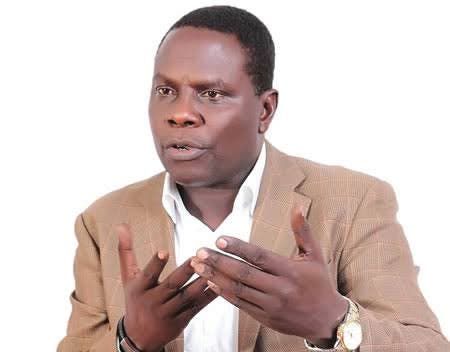 A friend asked me this question recently if I had a female friend. I told the person ‘yes I do’. I have a lady friend who is very close to me, a single mother. Who knows…? If God says I’m going to remarry, why not. My belief is that in every situation, God is there to guide. God will not try you beyond what you can bear. When I look back and see my children grown up, I remember where they were when their mother died, and this sometimes pushed me to weep. I tell God, this is marvelous. I don’t understand how I have managed to cope since eleven years ago when my wife left. And I have never fallen sick once.

Despite your friendly nature, you are easily annoyed and you react badly. How do you manage both conducts?

My Lord Jesus Christ also had bad temper (laughter). Christ was going and He saw a tree that didn’t bear fruits, He cursed the tree. He didn’t own the tree but because He was looking for fruits and He didn’t find them on the tree, He placed a curse on the tree and on the second day the tree died. And here was my Lord Jesus Christ who can turn sands to jollof rice.  He went to the Synagogue and saw people doing contrary to the will of His Father; He went to bring horsewhip and flogged them out. Of course, I get angry but not for long. I can only keep malice for a long time if it is about injustice.

How do you expect to be paid back when you do good things to people?

I don’t expect to be paid back when I do good things to people. God is the author of everything. He says when you give to the poor you are lending to God almighty. When you lend to God, paying back may not be in monetary terms, it may be in terms of giving good health to you, prosperity, kindness and mercy for your children. I have never done a good thing to anyone and expected anything back.

You have an NGO based in America, are you planning to relocate there permanently?

Yes, I have my NGO, Centre for Convention and Democratic Integrity (CCDI) fully registered in Nigeria and Maryland in the US. The NGO has a consultative status of the UN, which made me to be a permanent representative of the NGO to the UN. Most of my jobs have to do with New York, Geneva and Vienna. So, staying away in America would help me to put the NGO in good perspective. But I can’t run away from Nigeria.

Being very fond of your children, what future do you envision for them?

I want them to be good and great Nigerians. And I want them to use their life to help mankind exactly the way I am doing. When I have a hundred I give 60 percent to the public. I am aware and I thank God they are already toeing that path.