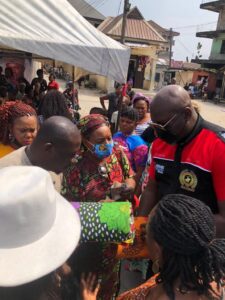 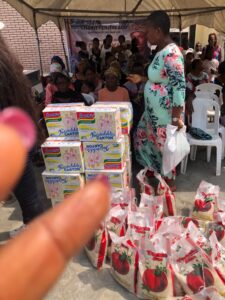 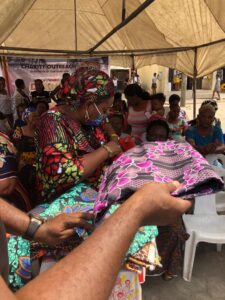 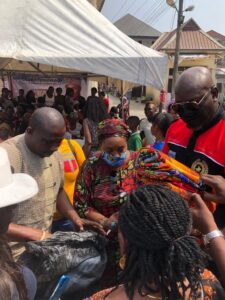 Nigerians have once again been called upon to show love, care and concern for the less privileged and the elderly in the society, as they deserve attention.

Various speakers stated these at different orphanages and homes for the elderly in Rivers State on Thursday, 30th December as part of activities to mark the 51st birthday celebration of turnaround expert and former Director General of the Nigerian Maritime Administration and Safety Agency (NIMASA), Dr Dakuku Peterside. 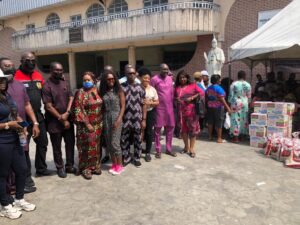 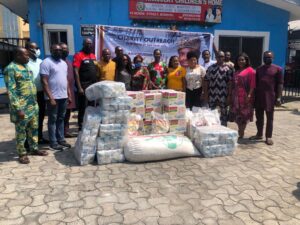 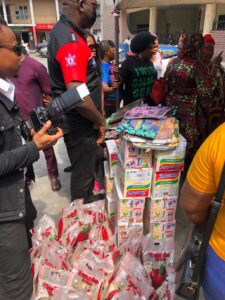 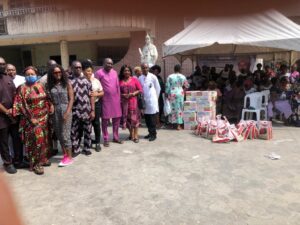 Spread across the three senatorial districts of the state, over 1,000 friends, associates and family members gathered to underscore one of the burning desires of the celebrant, which is to contribute to the upliftment of humanity and make the world a better place.

Speaking at Daughters of Charity of St Vincent De Paul, Eleme, leader of delegation and former chairman of Andoni local government area, Hon Orom Nte said the essence of the charity is to encourage the less privileged and inspire them to believe in their abilities to suceed in life. Chief Gordon Tornwe, a former Khana L 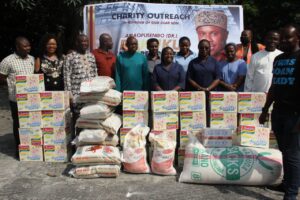 GA Chairman at Eleme re-echoed the same sentiment and that giving to the needy aligns with the personal values of Dr Peterside .

According to Hon Orom “their background should not keep their backs to the ground,” pointing out that the celebrant is someone who has made modest achievements in life through the grace of God and never-say-die attitude.

At the Advent Rehabilitation Orphanage Home, Edeoha in Ahoada East LGA, leader of the team, Sir Iyke Enyiche spoke of the need for members of the society and groups to always spare thoughts for the needy and the elderly, adding that humanity can only be better if all segments are carried along.

At Buguma , Mrs Ibiba Omotosho led the team that gave out clothings, Wrappers and food items to aged women from Asaritoru and Akukutoru LGAs. In her speech , Mrs Omotosho said Dr Peterside believes that impacting others positively is the only way to find joy and fulfillment .

Engr Chukwudi Dimkpa, alongside Hon Charles Anyanwu, Hon Owene Wonodi and Mrs Omotoso among others visited Port Harcourt Children’s Home Borokiri where they stressed that the season was that of showing love and concern, hence their presence.

Engr Dimkpa while making presentation at the home stated that as Christians, “we must imbibe the reason for the season, which is that of love, empathy and gratitude, particularly to the elderly and the young children, who represent a huge part of our existence.”

They described the celebrant, Dr Dakuku Peterside, as a man of love, who has always demonstrated respect for elders and love towards children, who are the bastion of succeeding generations.

To further celebrate Dr Dakuku Peterside, who many described as an iconic leader and man of ideas, private thanksgivings were also held in Oyigbo, Etche , Omoku, Bonny, Bori, and Okrika by different individuals to thank God for the life of their friend.

Speaking in one of the private thanksgiving services, Dr Iyene Tamuno said Rivers State is lucky to have an innovative and compassionate leader who fears God and loves the people.

Said he: “We decided to celebrate this man because of what he represents; humility, courage, dependability, friendship and vision. He is a friend and brother for all seasons and we thank God for preserving his life and, blessings upon his family.”