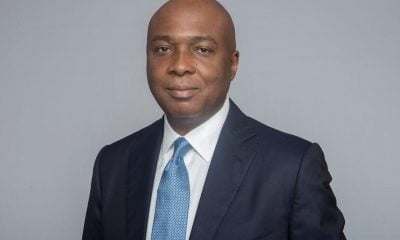 The late Chief Ogundeji served as Deputy Governor of Kwara state during the Bukola Saraki administration precisely between 2003 and 2011. He died after a short illness.
Ogundeji, a top civil servant, who was then the Director, Planning, Research and Statistics in the Local Government Service Commission, had  voluntarily retired from Kwara State civil service in May 1993.

Chief Joel Afolabi Ogundeji , an indigene of Iwo-Isin,  who was easy -going and a perfect gentleman had earlier served as  Sole Administrator of Irepodun Local government, Omu- Aran between June 1986 and December 1987.

Top politicians have visited the late Ogundeji’s residence to condole with the wife and other family members while Dr Bukola Saraki has described him as a loyal deputy.

I am extremely sad and heartbroken to learn about the passing of Chief Joel Ogundeji who served as Deputy Governor, in the eight years of my tenure as Governor of Kwara State.
Throughout his life, which was dedicated to the service of his community, our state and the country, Chief Ogundeji was a steadfast, reliable and experienced leader and educator, whose commitment to the development of our state and its people was undeniable in both his words and action.

During our time in the Governor’s Office, Chief Ogundeji’s advice, particularly in dealing with issues concerning the bureaucracy, education sector, and traditional institutions were invaluable.

He was also a diligent and loyal deputy, who despite his age, kept up with the fast-pace with which the administration moved in tackling the challenges of the time.
As we mourn the passing of this great Kwaran, I pray that Almighty God comforts his wife, Mrs. Comfort Ogundeji, and his children; the people of Iwo in Isin LGA; and the entire government and people of Kwara State. He will be dearly missed’  Saraki said.

What You Need To Know About The New Kwara  Police Commissioner