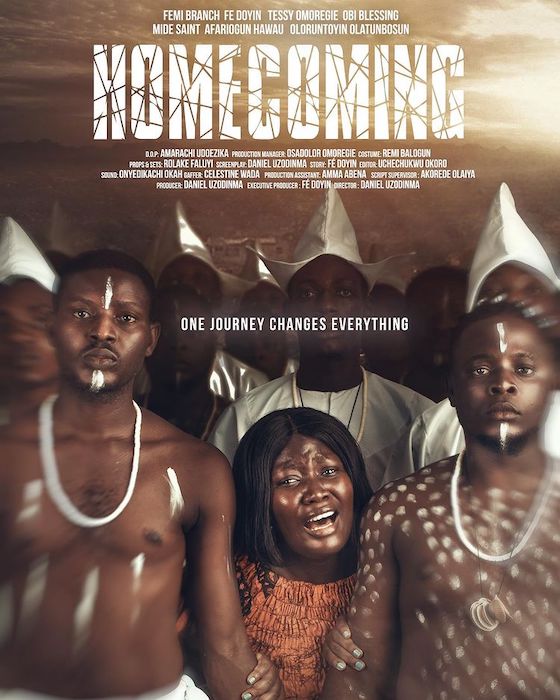 The short film which stars Femi Branch, Fe Doyin, Mide Saint, Ese Imasuen, Obi Blessing, Toyin Olatunbosun, Kenneth Amadi and Omoregie Tessy follows the story of a brilliant university undergraduate who stumbles on an Oro festival ritual in the middle of the night and is made to face the consequence.

As it is traditionally narrated and explained, women who encounter Oro worshippers during their nighttime rituals usually do not live to tell the tale.

‘Homecoming‘ tackles the subject of Gender Exclusion and Women Endangerment that is common in not just the western Nigeria culture but across the country.

It also touches on exploitation and inequality in the tertiary insinuations. The movie is produced by Fe Doyin.

Bolanle Ninalowo to Predators: “Stay Away from My Daughter”