The mayhem visited on parts of Ikorodu town, a Lagos suburb a month ago by a detachment of 15 armed mobile policemen in which a 28-year old artisan was felled by their bullets, has continued to generate anger and anguish. 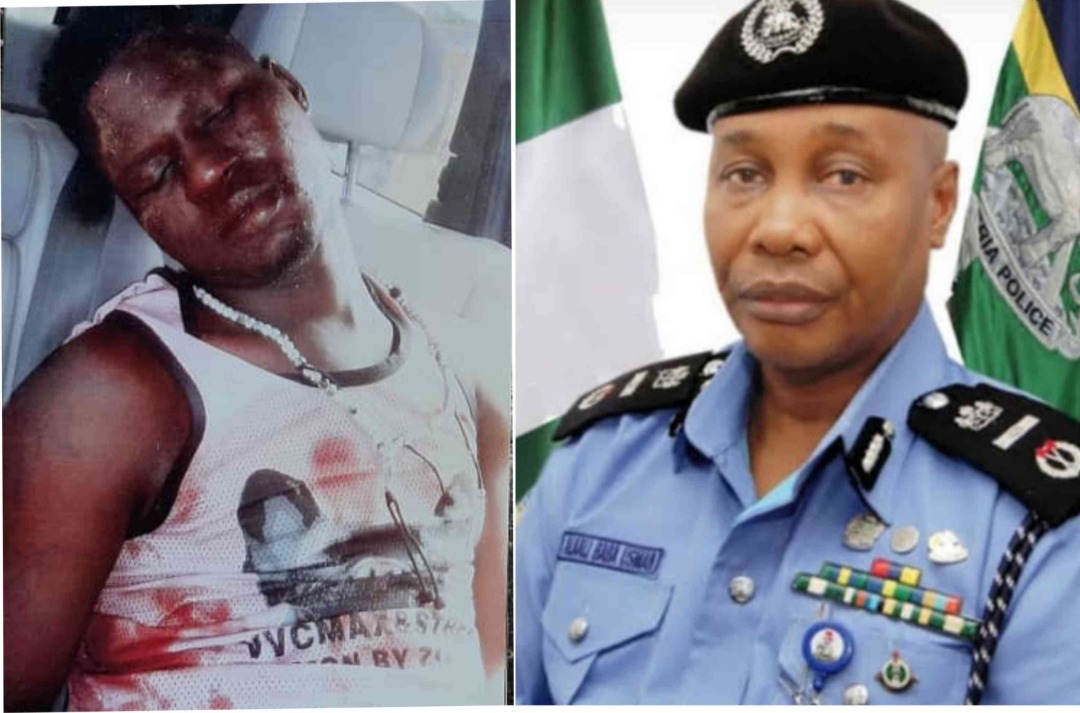 A community leader and head of the Sanmolu Royal Family of Ikorodu, Otunba Gbenga Erikitiola Kuti while recalling what happened on the fateful day, said they woke up on that black morning at about 7am to behold a detachment of fierce looking, fully armed 15 mobile police officers storm a parcel of land popularly known as NITEL Estate, which is in contention between two parties. He said they were told the mobile policemen were drafted to the site by their opponent, the Regun Family, who had been doing everything to forcefully take over every inch of the land. Before a twinkle of an eye, according to him, the mobile policemen began to shoot sporadically at anything at sight unmindful of the professional rules of engagement of the Police.

“Pandemonium ensued, everybody scampered for their dear lives and when the dust eventually settled, scores of people were severely injured and one person lay dead in his pool of blood. He is a 28 year Adewale Erinfolami, an artisan (a welder) who had gone out that day to eke a legitimate living,” Otunba Kuti narrated.

Otunba Gbenga Kuti said they were able to find out that the police officers that stormed the disputed land were drafted from MOPOL 4 in Ibadan on an illegal operation. Continuing he said when they saw that one of them had shot someone dead, they took to their hills. But luck ran out on them as one of them missed his way and hid in the thicket in the vicinity. “It was our security man that saw him in his hiding place, and we apprehended him and handed him over to the authorities.” He added.

When our correspondents visited the scene of the ugly incident, they reported the vestiges of the mayhem, with scores of houses riddled with bullet holes, building blocks shattered by gun shots apparently at close range and many building fences dotted by bullet holes. They also reported angry and restive youths gathering in groups discussing in hushed tones, ostensibly spoiling for action.

“When we spoke with them, they expressed their displeasure the manner the investigations were being carried out by the Police. They accuse the Police of being opaque in their dealings and biased in the caliber of people they have been inviting for interrogation since the unfortunate incident happened,” our correspondents reported.

Lekan Talabi, one of the youth leaders who spoke on behalf of the youths said they are aware that about 15 MOPOL officers carried out the operation with only one of them being held by to the police authorities. “What happened to the remaining 14 of them? Have they been arrested and why did they have to take the matter to Abuja when Panti can competently handle it?” He fumed. To him, it amounts to an attempt to pull the wool over their faces and cover up the mess with bureaucratic processes.

Continuing, Lekan said the Police have been selective in who they should arrest and who they should invite for interrogation, stressing that it was the small fries they were concentrating their efforts on while the notable kingpins with deep pockets have compromised the police.

He stated further, “Why have they not arrested or invited Mr. Sharafa Dada, a.k.a Sharon, who everybody in Ikorodu knows was the mastermind behind the mobilization of the MOPOL and thugs to the site? Up till this moment, Sharon is still walking the streets a free man, boasting that he’s untouchable when late Wale, the poor guy who he brought the MOPOL to kill, is laying stone cold in the mortuary?”

Another youth in the area, Kunbi Solaja, hinted that there was news making the rounds in town that the Policeman who was caught on the fateful day and handed over to the police has been released. “This is very unfortunate,” he lamented. “If the policeman is still in their custody and they want to disprove our allegations, let them parade him and the other 14 policemen for all of us to see,” Kunbi challenged the Police.

In an interview with our correspondent in his office in Ikorodu, Otunba Kuti said justice must be done by prosecuting the police officer known as Sikiru, who was said to have shot Adewale at close range. Speaking further, Otunba Kuti said it was regrettable the way the Police was treating this very sensitive murder case as if they were dealing with some breaking and entry case. He was particularly irked by the way the Police have chosen to detain the corpse of the late Wale Erifolami for over one month without giving access to his wife or family members to see his remains as if he was an armed robber or the accused in the matter.

“As we speak, the corpse of Wale is being detained by the police in the Ikorodu General Hospital’s mortuary,” Otunba said. He added that all efforts to make the police release Wale’s corpse have been severally rebuffed, fuelling speculations of complicity on the part of the police, particularly as Sikiru, who was alleged to have fired the bullet that killed Wale was rumoured to have been released from detention.

Otunba Kuti, also narrating a previous similar even, said there was a time the former head of his family, Alhaji Lawal was nearly kidnapped at about 5.30 in the morning by mobile policemen. “They came with an unmarked vehicle, they were in mufti. Alhaji Lawa was going to his mosque for the early Morning Prayer when he was accosted. He raised the alarm which drew a crowd to the scene. The policemen said they were deployed from Abuja to effect his arrest. But we found that quite improper. There was not warrant of arrest, and he was not told why he was being arrested. And why would a team of mobile policemen be ordered to arrest someone with no criminal records at 5.30 in the morning? Why would you ambush a man in the manner in his neighbourhood?” Otunba Kuti wondered.

Confessional statements by some hoodlums who were said to have aided the mobile policemen, fingered Sharafa (aka Sharon), the Secretary to the Regun family, as responsible for inviting the policemen to the scene of the violence. Otunba Kuti wondered why the police were refusing to have him arrested for questioning.

When our correspondent had a telephone chat with him, Sharafa Dada boasted that the disputed land belongs to his family and that any means they may deem necessary to take possession of the 148 acres of land would be welcome. He maintained that his family possessed the relevant documents to back his claims of ownership.

Meanwhile, the widow of Wale, Mrs. Bukola Erinfolarin, who also spoke to our correspondent amidst tears, said she was yet to understand why the police authorities were keeping the corpse of her husband and denying her and the family access to him.

On how her husband died, she narrated, “I never had any hunch of bad omen hanging over my husband as he left home that fateful morning, full of life. He even promised to buy the children some things on his way back. It was about a few hours later that someone rushed to call me that my husband had been shot and that he was dead. I raced to the place but was unable to see his corpse. All I could see was a pool of his blood, without my husband.”

Efforts to see and speak with the DPO of Odogunyan Police Station in Ikorodu have yielded no success as policemen on duty were non cooperative with our reporter.

Barring any last minutes adjournment, the case regarding the disputed land comes up on 16th April at the High Court in Lagos.