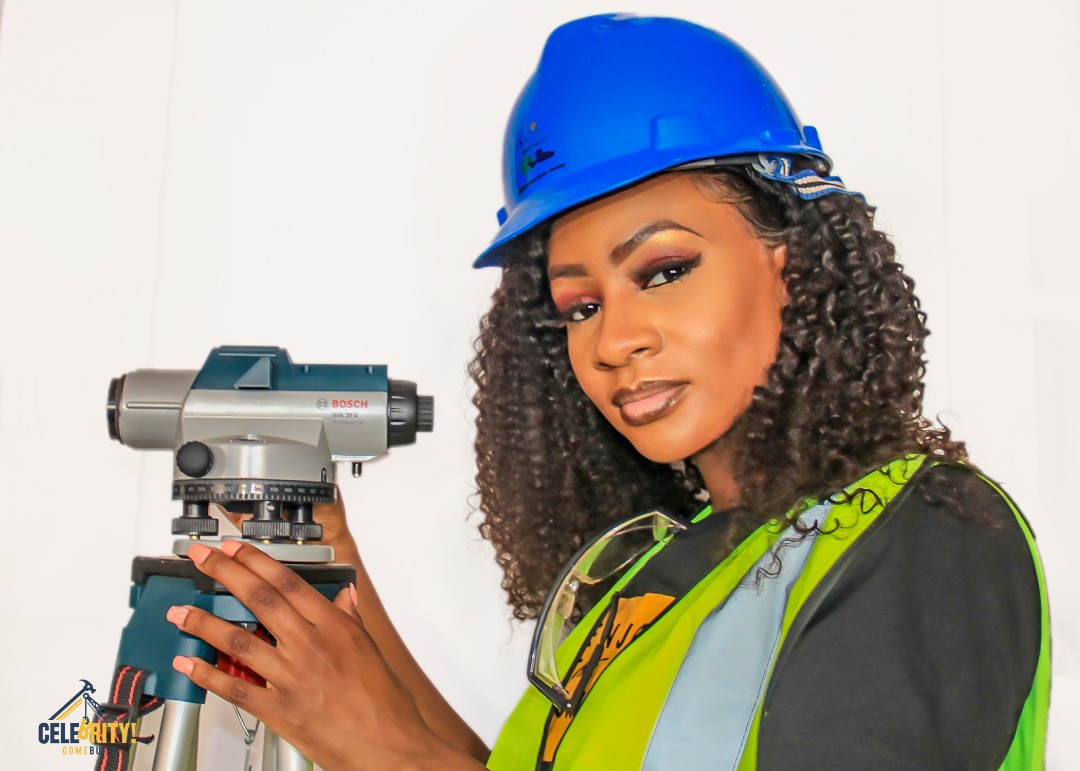 As observed, fans from across African countries are already in high expectations as the first of its kind reality TV show promises to be a great fun and full of surprises.
The housemates in the competition are first-rate African entertainers in their own right, selected mainly from the film industry, music, comedy including some who have been part of reality television show before. 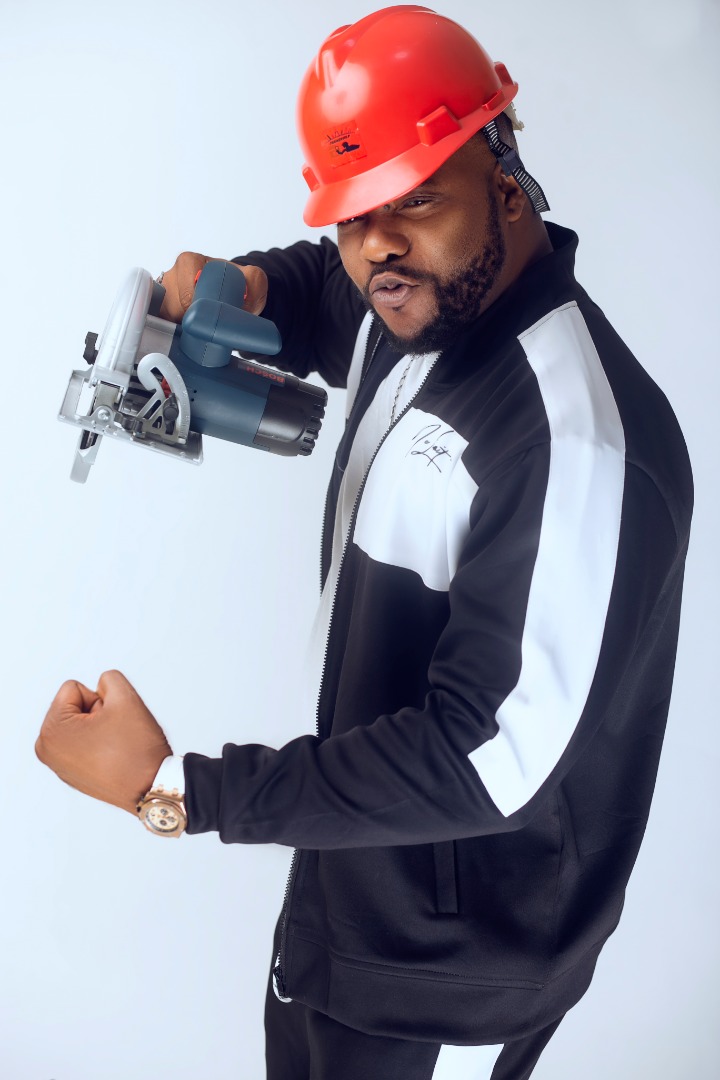 Leading the pack of the celebrity contestants in the show is Nollywood Star actress, Mercy Aigbe.
Mercy Aigbe is an award winning actress and filmmaker with so many filmographies to her credit.
Mercy is a Theatre Art graduate of the University of Lagos. She owns a drama school called the Mercy Aigbe Gentry School of Drama.
She is a brand influencer and has signed multi-million endorsement deals with top brands.
She is an entrepreneur and owner of the Mag Divas Boutique in Lagos and Ibadan.
JOSH2FUNNY
Joshua Alfred popularly known as ‘Josh2Funny’ is a content creator, comedian, actor, musician and the face behind so many funny characters like ‘Mama Felicia’, ‘Brother Zakius’ and ‘Jugas’, which have become an online sensation.
He is acclaimed the King of Trends as he inspires global trends. From the trending #AllMyGuysAreBaller,  #FinkAbarrit down to the #DontLeaveMe Challenge.
TEDDY A
Tope Adenibuyan popularly called Teddy A is a musician, brand influencer, entrepreneur and actor.
He became a household name after contesting in a popular reality TV show and has gone on to make a name for himself through his many endeavors.
He is an award winning brand influencer and the CEO of Le Fern Multiservices, a commercial and post construction cleaning company.
LIZZY J
Adeyela Adebola popularly known as Lizzy Jay or Omo Ibadan is a Nigerian comedienne, host, singer and model.
She is the CEO of Omo Ibadan Cosin Senta, a principal comedy skit show which has attained populaity on social media, transcending language and cultural barriers.
NALEDI BOLTINA
Naledi Boltina is a musician, actress and presenter.
She is a sought-after artiste who has done several collaborations with popular artistes from around Africa with a recent collaboration with Nigerian artiste, Ice Prince
She is a very versatile entertainer with credits in blockbuster film deals.
FUNKY MALLAM
Saeed Mohammed popularly called Funky Mallam is an actor, comedian, Mc Compere and musician.
He became a household name in the entertainment industry after featuring in the popular sitcom, ‘Paradise Park’.
He has gone to create a strong brand for himself sealing endorsement deals with multinational brands and featuring in blockbuster films till date.
ANTO LECKY
Anto Lecky is a leading media personality. She is an actress, model and sports administrator, public speaker, and brand influencer.
As an actress, she has starred in Cinema blockbusters.
She is the CEO of Anto Hair builder, Room 22 Agency and O’Compatriot Lifestyle.
She has represented multinational brands like Google, Bolt, Etihad, Coca-Cola etc as brand influencer.
BOLANLE NINALOWO
Bolanle Ninolowo popularly known as Nino B, is an actor and entrepreneur
He is a successful and award winning Yoruba and English film actor who has starred in countless movies with the popular being, ‘Picture Perfect’, where he convincingly interpreted the role of tout.
He is a household name and brand ambassador to a list of multinationals.
NKECHI BLESSING
Nkechi Blessing is a versatile actress, musician, filmmaker, and producer and script writer. She is regarded as one of the fastest rising actors in the Nigerian movie industry.
She studied Theatre Arts (Diploma) at the University of Lagos, Ojo and also bagged a degree in International Relations in Houdegbe North American University, Benin Republic.
She made a debut in her career when she produced the movie ‘Omoge Lekki’. She also produced three other movies; Fiditi, Church girls and Don.
Since her breakout, she has gone on to feature in over 50 movies and has gone on to produce her own movies.
ROSEMARY AFUWAPE
Rosemary Afuwape a.k.a. Rosie came into the limelight after winning the maiden edition of ‘Ultimate Love’ in March 2020. Loved by fans for her sweet and gentle nature, Rosie studied International Relations and Affairs at Eastern Mediterranean University (Dogu Akdeniz Üniversitesi) for her Bachelor’s degree and had her Masters in Marketing Management at the same university.
She is a contestant and co-winner in the first edition of the ‘Ultimate Love’ reality TV show.
She was crowned Miss African Queen while in the university and during her service in Nigeria, she was crowned Miss Big, Bold, Bright, and Beautiful at the NYSC camp.
She has brand endorsements with top rated corporate outfits.
AKUAPEM PLOO
Rosemond Alade Brown a.k.a. ‘Akuapem Poloo’, is a Ghanaian award winning actress, video vixen and brand ambassador. She began her acting career when she moved to Accra after her senior school.
At age nine, the actress was hawking a popular Ghanaian snack called ‘Poloo’, from which she earned her popular sobriquet, Akuapem Poloo.
She won the Most promising Actress Award at Ghana Nigeria Showbiz Award, 2018. 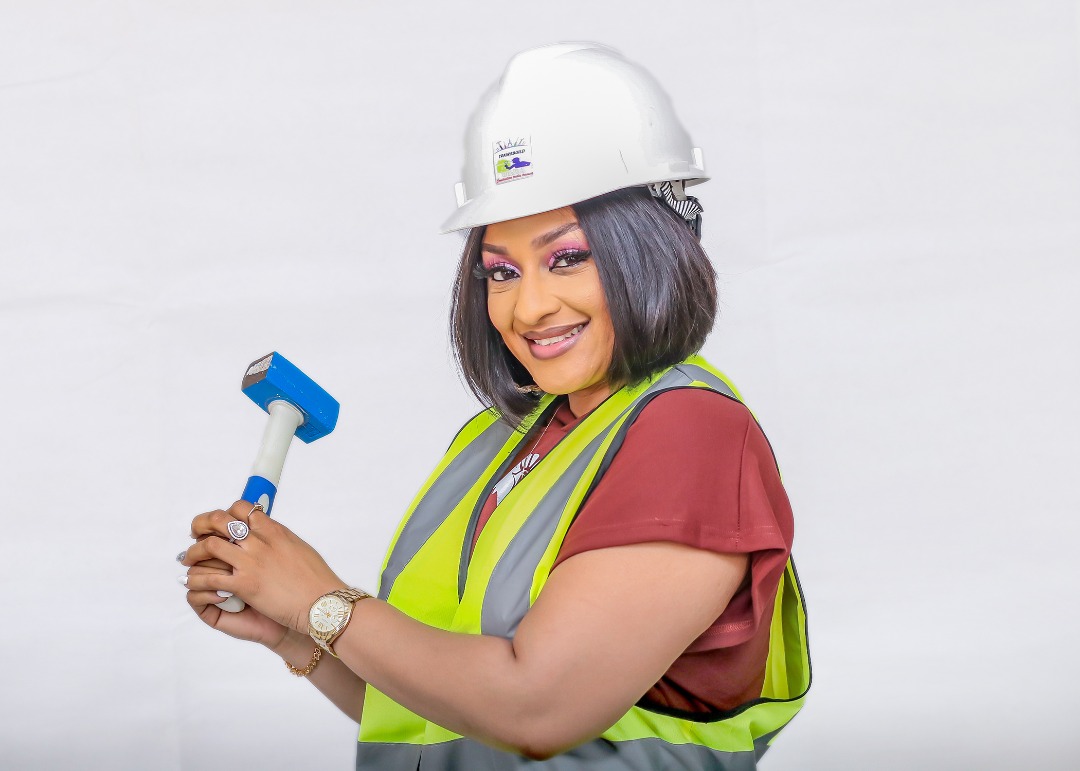 The entertainment industry is being fully captured and represented in the show. The celebrity contestants are already in camp for a daily theory and practical training that would last for two-weeks. Following the completion of the training, the contestants are expected to put into effect all they have learned in the field for the next ten weeks the show is expected to run.
The housemates are going to be in two teams with both teams competing to build one three-bedroom bungalow each. The winner is determined by who among the teams completes its building first and who does it better based on the application of standards they have been taught in class, according to the organizers. The eviction processes then start. It was gathered that though building on the show is a team plan, eviction is individuality via voting. 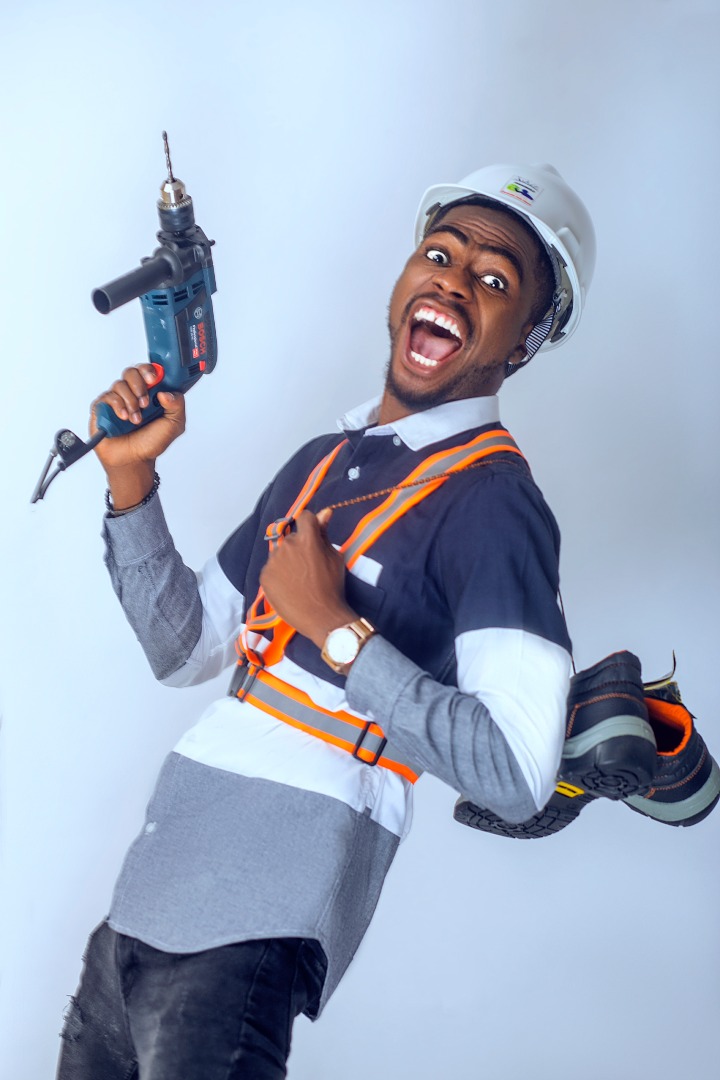 The winner gets a five-bedroom duplex in highbrow Lekki area in Lagos Island, with other consolation prizes. For non-Nigerian among the contestants who is lucky to win the show, the organizers said the grand prize would be converted to its cash value. The first runner-up goes with one of the newly built three-bedroom bungalows. And the highest voting viewer who follows the show till the end would also win one three-bedroom bungalow, which can also be converted to cash if the viewer is not based in Nigeria. The viewing public is not left out in the bazaar wins as a range of consolation prizes are won every week. 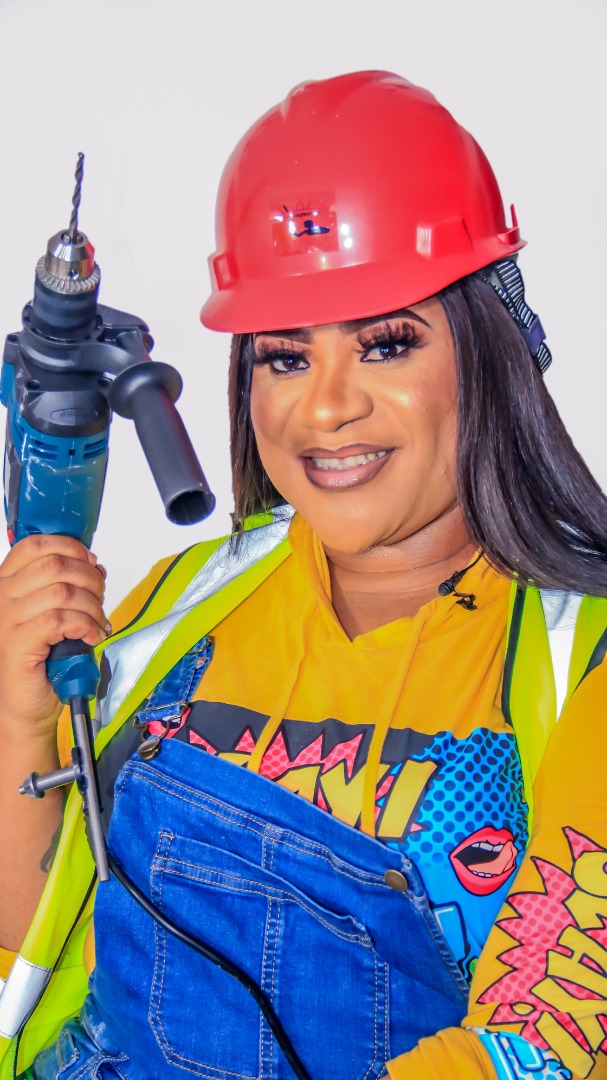 The show will be aired daily on the conventional television stations while the extended version would be run daily on the social media. A live broadcast of the show is run on weekend. 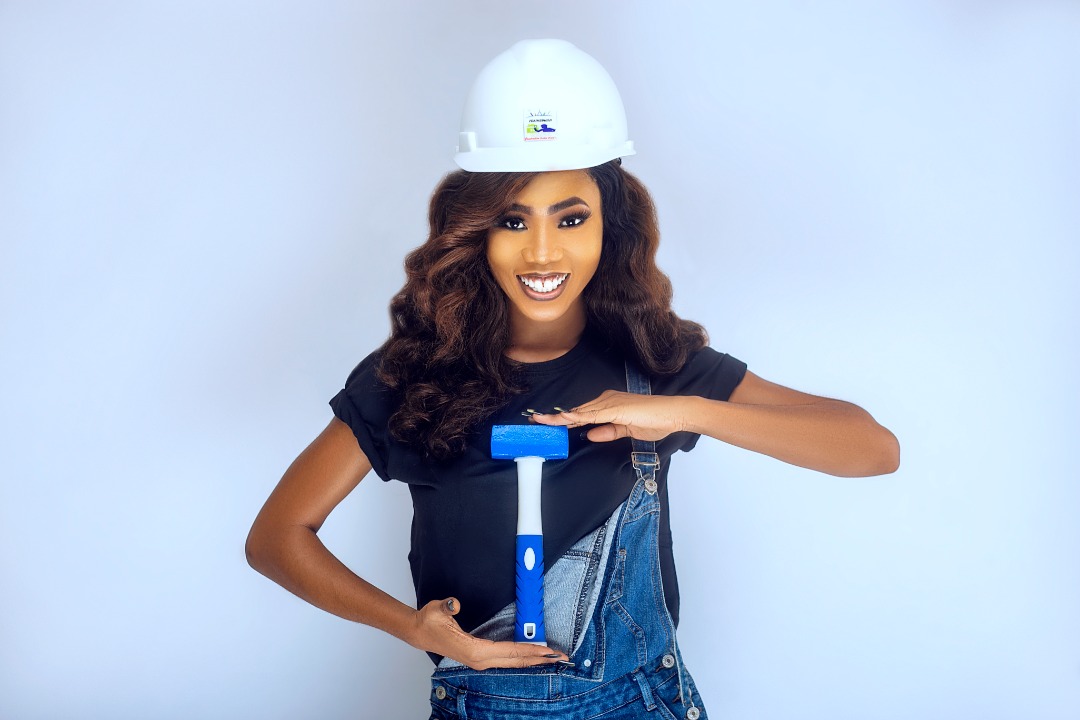 The dream of the visioner, Gbola Oba, it was revealed, is to make majority of the people own their homes with less stress through the CCBNaija concept. Oba is the CEO of Universal Learn Direct Academia Limited, the parent company of ULDA Media Limited that is behind Celebrity Come Build Naija reality TV show, in partnership with Ojis Media.
Explaining the concept of the show, the producer of CCBNaija and CEO/creative director of Ojis Media Limited, Eniola Ojie Asuelime, said the show is a 12-man contest consisting of top celebrities from across the entertainment genres including movie, music, comedy and reality. The show, he clarified, is a marriage between the building construction and the entertainment industry. According to Ojie, the entertainment industry ideally is being used to drive the ideas of the building construction industry which is long overdue.
“This concept is first of its kind in the whole of African continent and I think this is the reason we are getting a whole lot of attention from many countries,” Ojie stated, declaring explicitly that CCBNaija is not an entertainment show as such, but a concept put up primarily to demystify the building construction industry. 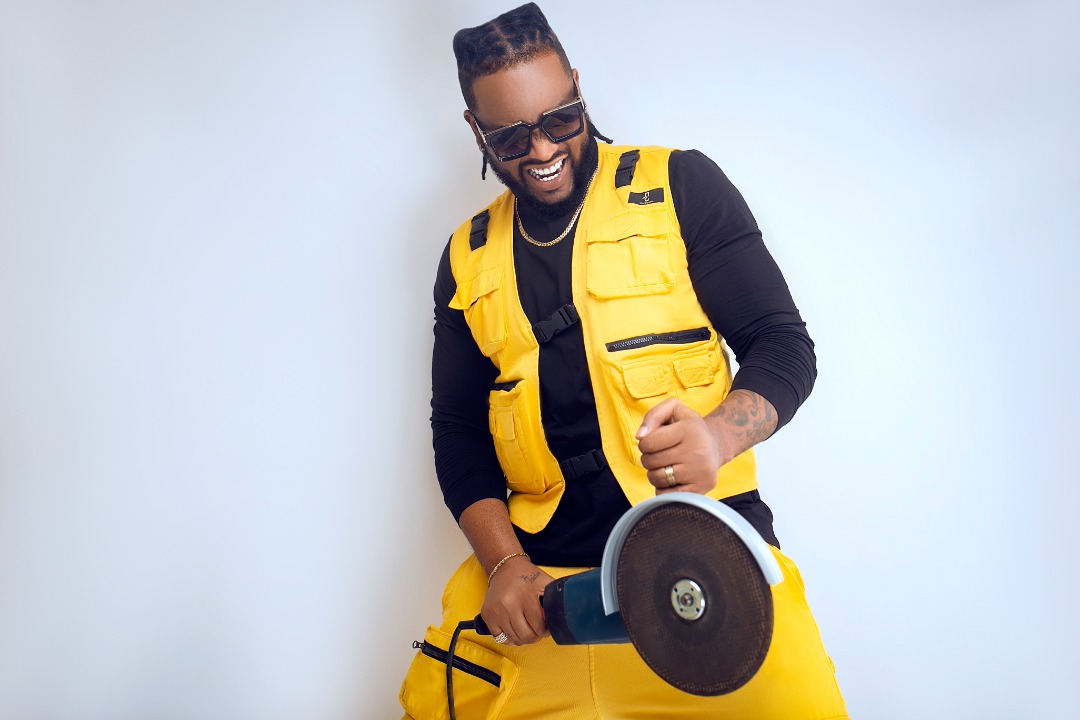 “CCBNaija is a show meant to get to the people in clear presentation the message of demystifying the building construction industry. When you want to get to some people, when you speak their language it is easier to get to them. So, CCBNaija is us trying to reach out to the general public in the language they understand, which is entertainment. Therefore, in the process of getting the entertainment, they are getting the real information that the show basically is all about, Ojie explained.
Ojie further noted that even before the show starts fully, the celebrity contestants themselves, who are getting involved in the building training, are already admitting the positive import of the idea.
“One of the celebrity housemates said to me few days ago that she was building her house and that what she has learned so far from the training here has helped her to know so much about building a home with ease. She now controls the workers on her site. So, that actually is the message we are trying to pass across. By the time the followers of the show begin to see it, they also would get that information and we would have succeeded in driven home the main focus of the show which is to demystify the building construction industry,” he said.
A construction carpentry director who is in charge of mentoring the housemates in the executive management course, Mrs. Joy Shittu, noted that the driving force behind the CCBNaija reality TV show idea is to ensure that people can afford their own homes.
“We are having the show to take people through all the processes of building a house, from land ownership to getting the joints done and to finishing the house. Government is not really doing enough in providing homes for middle income earners, even low income earners. So, what we’re trying to do is that, even if you’re earning so low, it won’t be so difficult for you to be able to own a home. When people have their homes, food shelter is the basic. So, we are not looking at luxury homes. A lot of people are doing a lot in the area of providing houses for people, but how affordable are these houses? 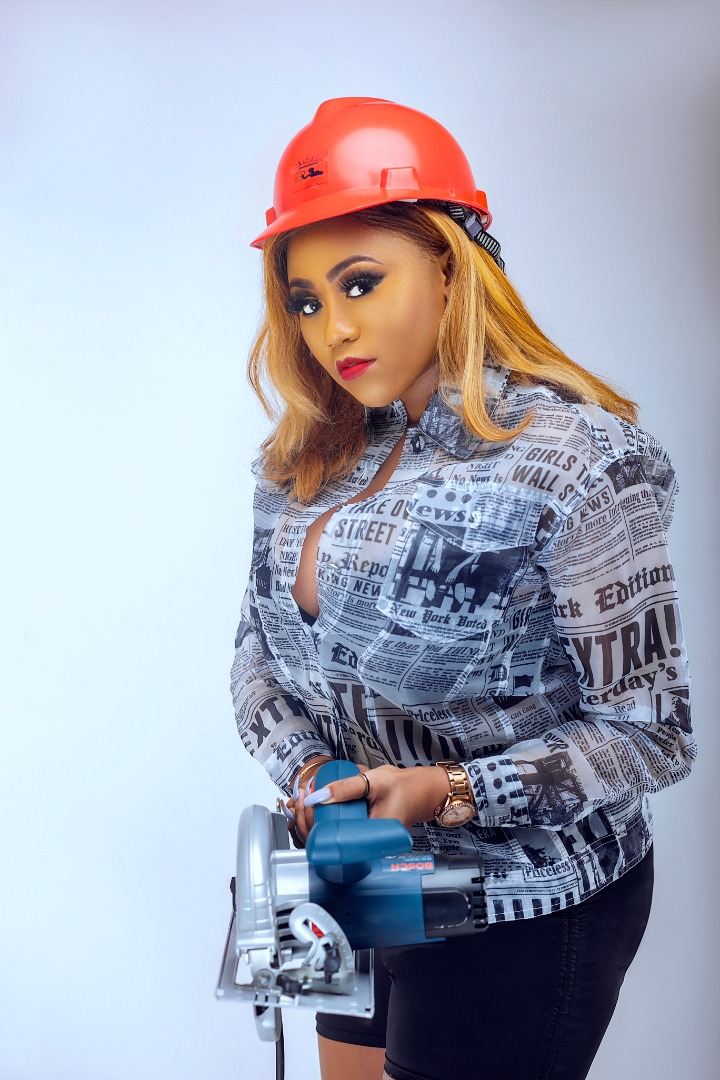 So, we are looking at homes that are affordable, that people can key into, probably have a payment plan and be able to afford it. Once you have food and a home, every other thing is easier. That is why we’re putting up the show and we’re putting our best that it comes out well, hoping that the people will embrace it and realize that it is easy to own a land and build a house.”
For the organizers, the primary aim and projected success of the CCBNaija reality TV show, apart from entertaining an average viewer, would be for it to stimulate collaborative housing provision strategies amongst middle income earners of not only Nigerians but also other Africans and help find a way of systematically and sustainably solving housing problems that governments in Africa have failed to solve.
The airing of the show kicks off online on Wednesday, 7th of April 2021 and the television live airing begins early next week.
-Folorunsho Hamsat

“Jumia Kept Us in Business During the Lockdown” …Pop Singer, Banky...