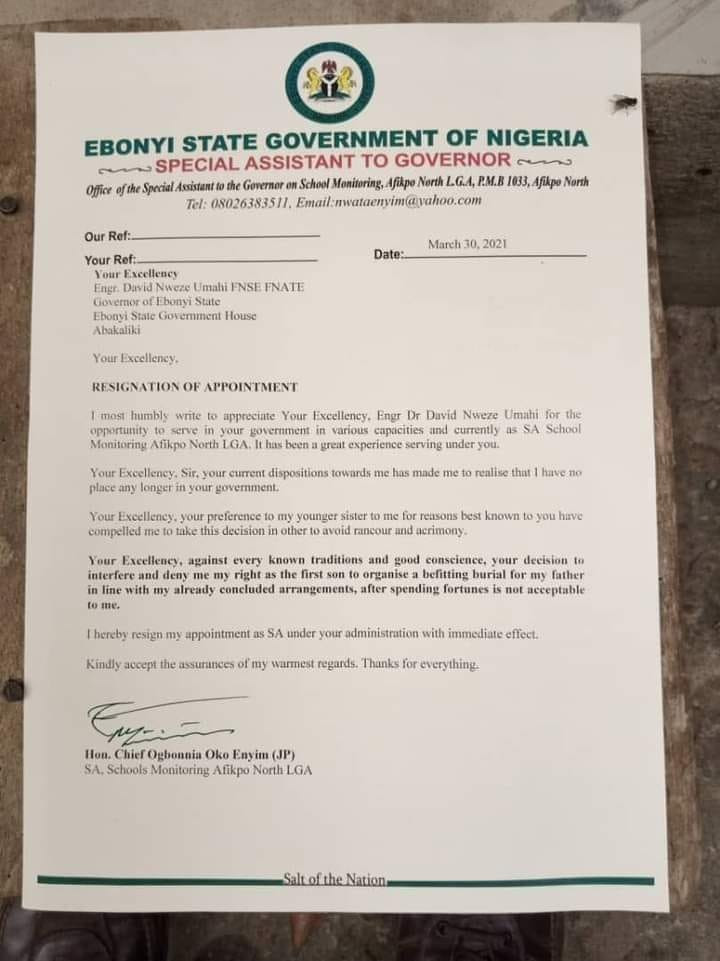 Ogbonnia Oko Enyim, the Special Assistant to Ebonyi State Governor,
David Umahi, on School Monitoring, Akpiko North LGA, has resigned
from his official duty.
Specifically, Enyim accused Governor Umahi of inappropriate interest in
his sister.
In the resignation contained in a letter dated Tuesday, March 30, 2021;
Enyim accused the Governor of showing undue interest in his younger
sister, Oby.
“Your Excellency, Sir, your current disposition towards me has made me
to realise that I have no place any longer in your government,” the
letter partly reads.
“Your Excellency, Sir, your preference to my younger sister for reasons
best known to you has compelled me to take this decision.”

The letter reads further;
“Your Excellency, against every known traditions and good governance,
your decision to interfere and deny me my right as the first son to
organise a befitting burial for my father in line with my already
concluded arrangements, after spending fortunes is not acceptable to
me,”
“I hereby resign my appointment as SA under your administration with
immediate effect. Kindly accept the assurances of my warmest regards.
Thank you for everything,” the letter concludes.