Adeyeye spoke in Ado Ekiti yesterday while inaugurating the factional executives belonging to SWAGA across the two strata of the party.

The committee is saddled with the responsibility of addressing issues arising from the rancorous state congresses of the party held last Saturday. 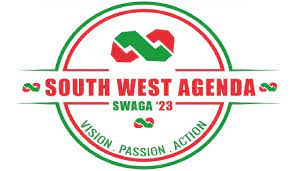 However, just as the committee was being inaugurated, a group promoting the presidential ambition of the National Leader of the party, Asiwaju Ahmed Tinubu, inaugurated parallel executives in Ekiti State.

Inaugurating the party’s committee led by a former member of the House of Representatives, Patrick Obahiagbon, at the APC National Secretariat on Thursday in Abuja, Secretary of the APC Caretaker/Extraordinary Convention Planning Committee, Sen John Akpanudoedehe, said the process of recalibrating the party into a functional winning machine in 2023, is on course.

“This appeals committee is part of the internal mechanisms so that those who may feel dissatisfied with the state congresses can approach it and ventilate their grievances through this avenue.

“It is elementary law that he who alleges must prove, so instead of taking issues to the media space, let them put forward their case before this appeals committee,” he said.