With the ever-evolving COVID-19 pandemic still impacting people’s daily lives and routines across the world, there is no better time than now, to start watching a design-focused TV series that is informative, heartwarming, and aesthetically pleasing. Celebrity Come Build Naija reality TV show, is the artistic lotion coming to your screens very soon, courtesy of ULDA Media Limited, the organizers and executive producers.

Ojis Media Limited are the producers.

The premise is simple: The 12-week CCBNaija episodes cater to any set of audience and it’s going to feature drama, drama and more drama. 12 celebrities will build a complete house on a live show to entertain the audience and also teach them how to build and win. Other than its dramatic aspect and the suspense, CCBNaija’s presentation also promises to be very appealing and addictive and the plots built with heaps of suspense elements that are very exciting, almost unbelievable yet real at the same time.

A whopping N120 Million, a 5-bedroom duplex and other consolation prizes will be won by the winner of this unique television reality show that will feature the celebrity contestants carefully selected from across African countries. The organizers say the CCBNaija show, with adventures and believable events with such entertaining twists as competition, anxiety, friendship, betrayal, flirtation, anger, frustration, and many more, has the prospect to influence the feelings and actions of an average low and middle-income earning viewers to such an extent that it subconsciously demystifies the building and home ownership process. 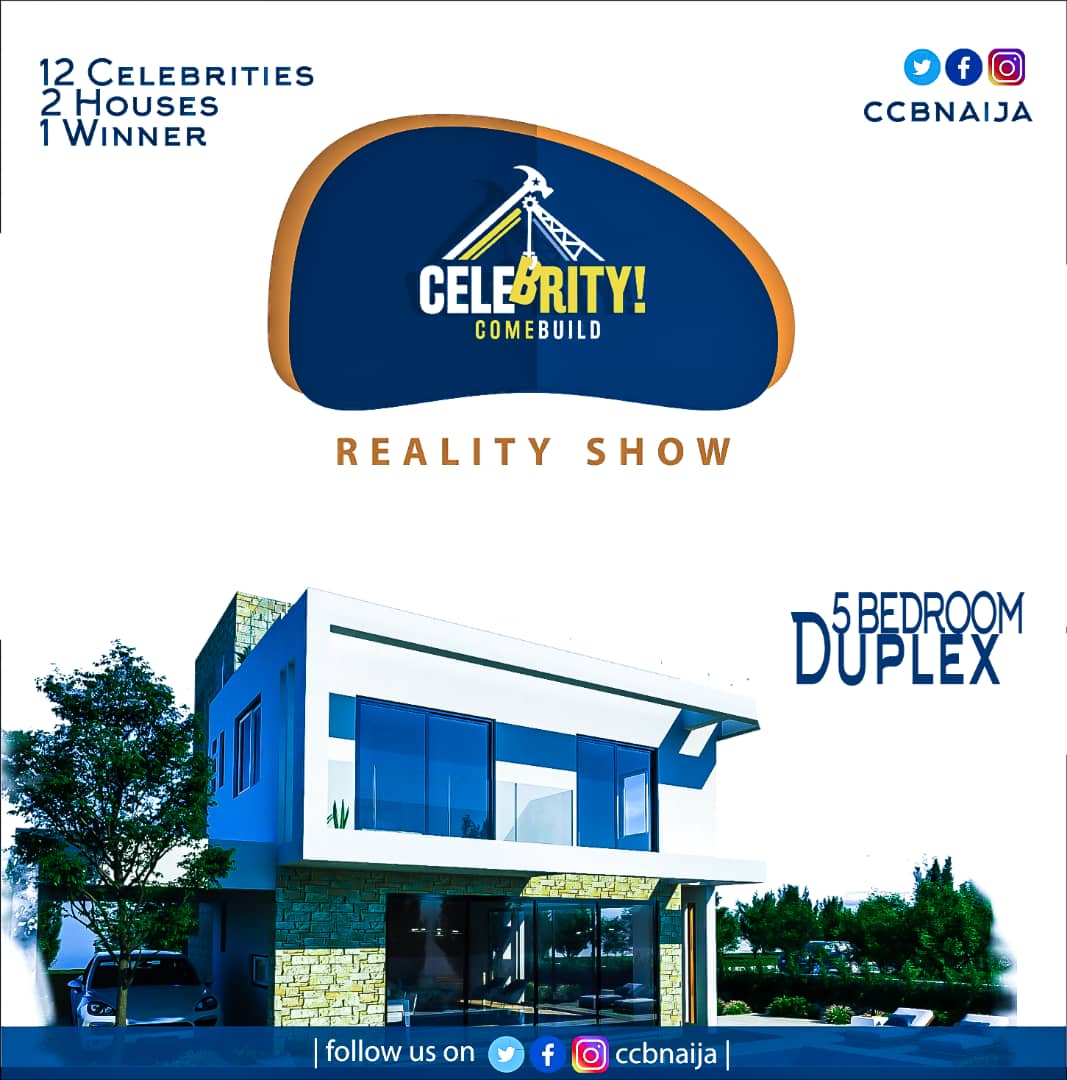 Not only that; the show’s technique will also glamourize the acquisition of building and construction skills amongst the youths while it also will make skills upgrade appealing to practicing artisans.

The contestants would be divided into two separate teams and challenged with the daunting task of building from the foundation to the roof, including furnishing a three-bedroom apartment. The winner from the 12 contestants gets 120 million Naira cash prize with a 5-bedroom duplex including other consolation prizes.

To the organizers, the viewer is king. CCBNaija is unique by featuring an all-celebrity cast. The organizers say this is in order to make the show very relatable to the audience whilst the drama and ability to learn and win on the show give them a sense of being really involved and not mere spectators. Essentially, one or more viewers will win building materials or valuable construction professional consultancy, while the highest voting viewer, through a transparent balloting system, will win one of the two 3-bedroom bungalows to be built on the show.

Having A Firstbank Salary Account Can Ease Your Money Problems, Find Out How…